Beating out the Kinks 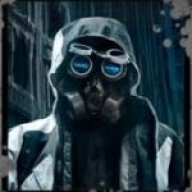 Corellia, the heart of the Omega Protectorate. Aiden had brought two ships for this particular outing, The Scrapper and one of the Bull Rancor-class heavy transports. The jobs for each was quite simple. @[member="Beka Barineker"] was to make sure the ship kept running, unless otherwise notified. @[member="Jack Harkness"] was piloting the scrapper. Last but not least, he was going to be working the gun turret. While Jack and Bex would be running his ship, the Bull Rancor transport would be launching junk ships into space to allow for Jack to fly around and him to shoot, in light of them not currently having a gunner at their disposal. There wasn't a better way to get the kinks out of a crew, so this was going to have to do.

For this particular "test" flight, Aiden was for the most part, sitting back and giving out orders from his newfound seat in the navigators chair. That is, if he wasn't moving about the ship between the cockpit, the turret, and the engine room. He brought up the ship comm. "So, today we find ourselves in a bit of a mock flight. It's a simple run to say the least. Jack will be on the stick, making sure we have ourselves a nice ride. Bex in the engine room to keep us all hunky dory with power to the engines and a working hyperdrive. And of course, lastly I'll be manning the guns, trying to shoot anything in range." Began Aiden. "We can also give a big thanks to the crew of the Bull Rancor transport, as seen a few miles off our bow. They'll be providing us lots of junkers to fly around and shoot up today." He continued. "Let's get to work shall we."

Aiden pulled his finger off the comm. button. "Jack, show us what you can do with your piloting skills. You've come highly recommended, and if I'm going to be putting out serious credits to keep you aboard, I want to be sure I've made a good investment. Just don't make it too easy for me. I may be a bit rusty, but I think I can still shoot straight in a turret." He said to Jack. He was going to shoot for a bit as Jack flew around, but it wasn't going to be long before he quit doing that to go pay Bex a visit and see if he couldn't convince her to throw a bit of a hydrospanner in the works for Jack while he was piloting.
You must log in or register to reply here.
Share:
Share
Menu
Log in
Register
Install the app
Top