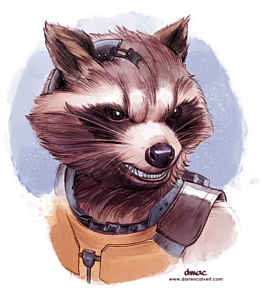 HAIR: Grey with black and brown in it


APPEARANCE:
Bandit looks like a typical racoon in appearance, but in mannerisms he walks more like a bipedal man would. He has a bushy tail and beedy black eyes and the typical markings of a racoon. He also has sharp claws and teeth.

Days At The Lab 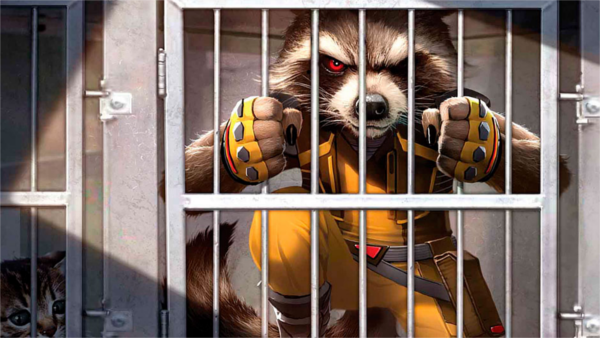 Bandit was born a normal non-sentient being from a grassy land he barely remembers. When droids from the planet Enos came to his home planet searching for wildlife he was captured and put in a cage. The droids took him back to Enos where he was tested on in a secret laboratory owned by Oak Labs. Professor Oak hopped to use enhanced non-sentient creatures as spies to find other worlds ripe for takeover. They and their human slaves experimented on several raccoons before Bandit but all the specimens died. It wasn't until the sixth racoon that sentience was achieved and thus Bandit Six became fully aware of what was happening to him.

At the laboratory Bandit was put through cruel tests to strengthen his abilities. He was taught to pilot, to fight, and to spy. He was trained with all manners of weapons and tortured if he disobeyed. Life was hell on Enos for him and the other biological creatures there.

When the Confederacy of Independent Systems invaded Enos members discovered the secret laboratory. They set the animals free, including Bandit. Because of his sentience he asked to join their organization and help stop other creatures of the galaxy suffering how he suffered. The Confederacy agreed and Bandit quickly joined them for a few missions. Eventually he left the group to start his own crew. He now seeks out animals who are being abused in the name of science and helps frees them. 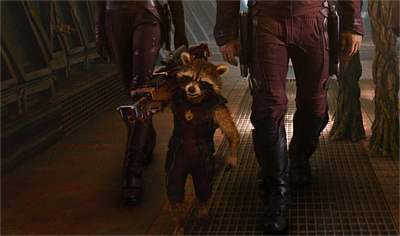 ROLE-PLAYS:
Bandit is discovered in the secret laboratory on Enos
A game of cards with the scum and villainy of the galaxy. What could go wrong?
Bandit accepts a contract to deliver spice from the mines. Can he make the Kessel run as fast as Han Solo?
Another spice run? Who can resist?
Bandit is hired to smuggle weapons for a worthy cause
Did someone just steal Bandits drink? They better make peace with whatever god they have. This is how adventures start!
Animal testing? Not on Bandits watch!

Bandit returns to CIS to help the Echani people. The calm before the storm is a celebration of life, but how many lives will be lost in the war?

A day at the Naboo flea market
Last edited: Apr 13, 2020
You must log in or register to reply here.