STRENGTHS AND WEAKNESSES:​
Kansas City Shuffle: Due to his unconventional tactics, Arcturus is a force to be reckoned with in battle. He is unpredictable, giving him an edge against those who use more conventional methods.

I Can Do Better: Arcturus is quite sure of himself (to put it lightly), and almost never second-guesses himself. This helps him make quick decisions on the field of battle. He is also able to adapt to situations on the fly, ready to change maneuvers at a moment’s notice.

Once More Unto The Breach: His confidence makes him an inspirational leader. He is charismatic, and able to maintain the morale of his men under the harshest circumstances.

Look To The Trees: Having spent much time in the company of mercenaries, Arcturus has gained an extensive knowledge of guerrilla and pirate tactics.

Make Love, Not War: If he has one weakness, it is likely that of a female companion (as well as the occasional party).

No Gods, No Masters: Arcturus has a bit of a rebellious streak. His self-confidence may have given him a fair share of victories, but at times it can be difficult to rein him in. 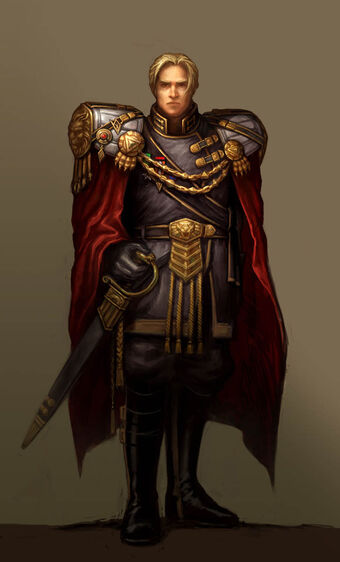 Arcturus is a young, confident man. He carries himself with pride, as all commanders should. He often wears a navy blue armorweave uniform, adorned with multiple medals. He is also often seen with his signature red cape, mounted on a pair of gold pauldrons. His hair is well groomed, but often drapes down to the sides of his face. He wears his vibrosword at his side, and a pistol on his hip.


There are many different perceptions of such a man as Arcturus Tal. To some, he is a charismatic leader that inspires loyalty with every word. To others, he is a cocky, arrogant son of an aristocrat. What can be agreed on is that his eye for battlefield tactics is largely unparalleled. He is very assertive, and will not hesitate to put people in their place. Perhaps the arrogance comes from his station in life, or perhaps it’s a defense mechanism developed from years among less than savory individuals. Either way, this arrogance has proven to be effective.

Despite these qualities, he is surprisingly soft-spoken. He might be brash, but he does prefer to act, rather than talk. After all, actions do speak louder than words. He has also been known to be a dreamer, having sought to explore the galaxy from a very young age. His sense of adventure and desire for glory among the stars has been his driving force for the majority of his life.

BIOGRAPHY:​
Arcturus was raised as many of Galidraani nobility. He was taught the ways of the court, as well as the arts. His tutors would note that he had felt distant, rebellious, and overall problematic. That being said, Arcturus still managed to find his way into a proper university. He excelled in the areas of philosophy, history, and political science, and ultimately transferred to Sandhurst Academy in an effort to follow in the footsteps of his uncle

Willan Tal . He excelled in the academy, but unlike his uncle, grew tired of the protocol and procedures of the institution. Eventually, to the dismay of his family, he left the academy, and sought adventure away from his homeland.

In his travels, Arcturus fell in with a mercenary company known as the Bloody Brigade somewhere on the Outer Rim. This mercenary band didn’t care for his noble heritage, forcing him to earn their respect the hard way. And earn their respect he did, climbing up the ranks until he found himself in a position of command within the mercenary band. With him in a position of power, the Bloody Brigade experienced much success. That is, until the Sith came knocking…

The Bloody Brigade took a job from a mysterious patron, and at first, it seemed simple enough. Crush a renegade fleet located in the Outer Rim, pretty standard work for the Brigade. When the Brigade arrived, Arcturus received a message from the enemy flagship. Upon opening the channel, he was greeted by an old family friend, Quintus Corbray. Quintus informed Arcturus that word had spread of a growing movement to free Galidraan from the clutches of the Sith. As they spoke, a large Sith fleet appeared, meant to provide assistance to the Brigade. Arcturus couldn’t bring himself to fight his own people. He broke the Brigade’s contract and turned on the Sith. Unfortunately, the Sith fleet proved to be too strong, effectively crushing the newfound coalition.

Despite this catastrophe, Arcturus and Quintus were able to escape with a small amount of their men, and managed to outrun the Sith. Arcturus, set afire with a loving rage on behalf of his people, looked to Quintus for answers. Through Quintus, he was able to make contact with the NIO, and more importantly, his uncle. Now, with Quintus at his side, Arcturus commands the naval arm of the Galidraani Volunteer Forces, and seeks to finally rid his homeworld of the Sith once and for all. 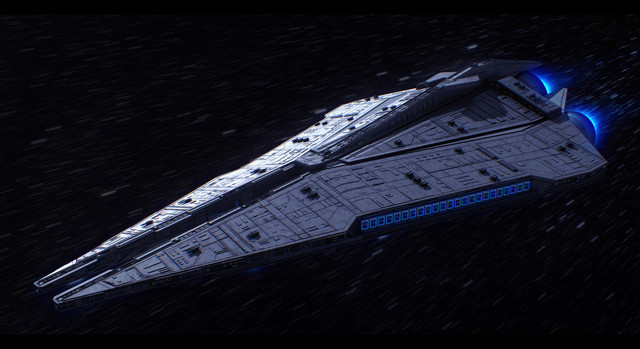 The Prodigal Sun: a Cuirassier-Class Cruiser, from which he commands the rest of his small fleet.​
NOTABLE GEAR:

BOUNTIES COLLECTED:
None as of yet