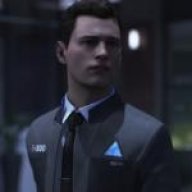 Biography
Alice Australis was born as Inyri Bell on the planet Corellia as the son of a Jedi Shadow and a Mandalorian warrior. However, Inyri wasn't brought in to the Jedi Order nor was he raised in the standard Mandalorian upbringing. He had a very different childhood. Inyri never knew his father, who left his mother after getting her pregnant. He barely knew his mother as well, due to her position as a Shadow which meant she had to leave him with her brother, Adam Bell and his wife Arianna Bell. The two were Inyri's uncle and aunt, and his foster parents. For a time, things were pleasant.

It did not last long. When Inyri was 11, the Bell household recived a visit from a powerful Atrisian crime lord by the name of Okinawa Hiro who resided in the Coruscant underground. It turned out that Adam was a retired smuggler who worked for the crime lord. Adam often did spice smuggling and gun running for him back in the day. There was a failed smuggling operation which got the First Order involved, and Okinawa took the heat for it. The crime lord wanted payment, and that meant blood. So, he and an entourage of troops came in and wrecked the place and brutally murdered Inyri's aunt and uncle. Inyri was hiding during all of this but was eventually found by Okinawa, and took him away from the ruined house. Apparently, despite being a ruthless crime lord, Okinawa had his morals. Inyri wasn't able to process the trauma anyway, and passed out due to the stress.

Fast forward 6 years. Inyri is 16 years old and living on Couscant. More specifically Level 1312. Inyri was trained by the crime lord in various forms of hand to hand combat and marksmanship with the intention of turning him into an elite enforcer. Someone who would go out and perform assassinations and would silence Okinawa's enemies. So far, every hit the crime lord sent Inryi out to take was a flawless success. One day, Okinawa recieved reports that a Sith Lord was poking around the area. Due to the fact that the Sith could expose the crime lord's operations or perhaps take them over for himself, Okinawa decided that it would be a problem. So he sent Inyri out to deal with the threat, believeing that the Sith would be a more challenging enemy than the usual rabble.

Inyri went out to deal with the Sith that was bothering with his foster father's business. After a couple of days of searching and inquiring, sometimes with force, he found out where the Sith was. They took a particular interest in level 1313, and so Inyri traveled there to catch the Sith off guard. In a stroke of dumb luck, he found the mystery Sith and confronted him. The Sith told Inyri that he already felt his presence in the Force and made suggestions that he was a Force Sensitive. Inyri wasn't interested and the two immediately launched into a battle. Throughout the duel (Inyri used a songsteel sword), the Sith continuously insisted that Inyri was force sensitive and that he should join the Dark Side of the Force and the Sith Empire. He still wasn't interested and kept fighting. In the end, Inyri mamaged to run the Sith through with the blade and subsequently beheading him. However, the Soth had left one final surprise that resulted in Inyri's body being mangled beyond recognition. Inyri blacked out from the intense pain of what felt like death.

One year later, Inyri wakes up in a bright lit room. He didn't know what was going on, until he heard Okinawa's voice explaining that his original body was damaged to the point where even a week in the bacta tank wouldn't do anything. So the crime lord had to do something to save Inyri, so he made the decision to recover the brain and spinal cord and connect it to a brand new, highly advanced cybernetic prosthesis made with songsteel that he had secretly developed in a Winter Robotics black site. Unable to cope with the changes and almost going insane, Inyri slaughtered the scientists and guards at the site, and ended up killing Okinawa in a blind rage. Afterwards, he escaped the site on a stolen specialized X-Wing called the Serenity. Over time, Inyri began to forget everything that happened and slowly recovered from the trauma of losing his body.

8 years later after the incident, Inyri had transitioned into his new identity. He took the name Alice, and became known as a veteran mercenary, assassin, and bounty hunter. What most of the people that hired him didn't know was that he was a cyborg. He currently resides in an apartment complex in one of the higher levels of Coruscant.

Tracker
You must log in or register to reply here.