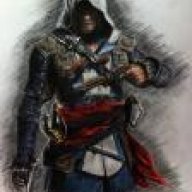 STRENGTHS AND WEAKNESSES (Required: 2 Weaknesses Minimum) :
Strengths: nimble and quick, can climb at an incredible rate, and is very good at distibuting his weight. Is skillful at finding his enemies weakness and attacking it and can focus on multipal objects at once.
weaknesses: does not know how to use a gun skillfully, and is vulnerable to someone who does because he is a melee fighter. due to his young age, it is hard for him to resist temptations, but as he grows older his ideals will get better. his anger often gets in the way of his morals, and he makes rash decisions.


SHIP:
none for now

BIOGRAPHY:
Alex was born into a family of dedicated jedi. The family was strict, and often abusive to Alex because of his lack of force sensitivity. Alex always put his father above everything, and everything he did, he did to impress his father. His father though, never had the time to admire Alex's accomplishments. The boy had skills in climbing and combat, and he practiced daily, but his father never paid attention. It was when Alex was ten that his father began to disappear for long days and nights. The ten year old didn't put two and two together, his mom always crying and staying up at night and the father always leaving. at 13 years of age Alex began having interest in his fathers affairs. He used his natural light feet and his skills in staying out of sight to follow his father one night. After finding his destination, Alex watched his fathers actions.
Alex could barely take it all in. A secret organization? From all the child understood, his father was the leader of an organization that attacked the sith, but not directly. Alex, doing what he thought was right, confronted his father. Eventually, he was angry about the secrets, but his father finally saw the usefulness of the boy. Initiating the boy into the order, Alex did everything he coyuld to impress his father, and he began to do so. The sith was not forgiving to the actions the organization was taking, and it lunged at Alex's father.
A warm night in august, at 17 Years of age, Alex found that the entire order had been destroyed, but the sith overlooked the one member that had never had an assignment. Alex finally knew the reason his father took action against the sith. He took control over the guilt, and began to build it back up.