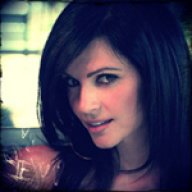 In the land of the blind, the one-eyed man is king. As it was among Templars of CIS, there were the blind and there were the seeing. To know who was who in the melting pot called the Templars. One had to seek out the answers in the many ways one could. Dharma had a talent of getting the answers she was looking for. There were many ways but talking objects was the easy way for her. Have a lovely chat with clothes of the person while they were still there, and looking at her like all the marbles had been spilled out. It was a wonderful reality of talking shoes, rocks, and more with each being slightly different in personality like people were.

On Roon, in the Sanctum, it was time to wander and bump into people. Get a little fun in before heading out on her next project. The Force knew who to throw in front of the speeding train. The train named Dharma to be exact. It was better to be a train than a brick house. Those things did not move at all and she was a mover. There were times she was a shaker too, but that was not important for the moment. It was really time to focus on who she saw and wanted to mess with in some way or another. 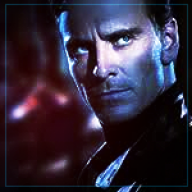 Finally a part of the Templar Order, Lee was free to do as he pleased within the borders of the Confederacy. The stunt he had pulled on Chroma Zed, along with his maneuvering while put in minor office had shown his skills. Whether it had been the smooth way he had dealt with the men who had attempted to bomb the offices of the regional governor, or simply what he had displayed, the Grand Marshall had been impressed. Another few meetings with a few of the Templars, and they had finally figured out that he wasn't exactly just a man who could shoot and talk his way out of situations. However he had made his way to the inner circle of the Order of the Templars, Lee knew his plan was going according to plan. The black hole that he was in the Force was hidden well among the other sensitives that had banded together to form something the Jedi or Sith couldn't do.

Dressed in his green and black military uniform he had gotten from the original Lee Radimus, his hand ran down the length of his curved lightsaber hilt. On the other side was a holster for a "WoeBringer" pistol as the men down stairs called the Blas-Tech weapon he wore. Sharp features caught sight of the woman coming his way, and his lithe form stood up straighter. He may be older than anyone could ever guess, there was no need to give up the appearance of trying. Perfectly styled hair didn't move as he walked over with all the pomp and circumstance of a politician, and the grace of a warrior tied into one being. Anyone would wanted to force chance could spot a like minded person, and that was what drew him in. Lee came to a halt and crossed his arms behind his back in military rest.