A Scroll of Limits and Possibilities 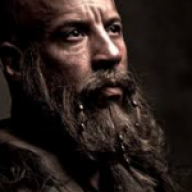 Character Bio
The following bounds are set: a home, a mass of metal, two thousand paces long. Slim and blunt as a shovel-blade, forged of pale red havod.​
Few touches of Mandalorian or Dathomiri design; the makers have moved beyond such concerns.​
In mission, consider how often comparable vessels trade away nimbleness for power and resilience. This vessel makes another choice.​
Its skin is tough, to be sure, but its sharp teeth are small and few.​
Speed and agility tend to serve little purpose for a vehicle of this scale, as simple escorts can match it easily enough with modest numbers. That much is common knowledge.​
​
Consider, though, the clan's expertise in fighting through nebular veils.​
Consider a ship suited to hide in the murk and the scatter, drifting silent in dense currents where others could barely navigate, let alone pass unnoticed.​
Consider a metal home adorned with specialized eyes and ears and methods of navigation.​
Consider brilliant missiles and squadrons of ethereal Veildancers.​
Consider stranger capacities -- heavy beams and grapnels to drag ships to their death, limpets that latch to greater things and steal them away.​
Consider a ship that can lure neebray manta and mynock and starweird and exogorth via the great songs, fly among them, direct them against its enemies.​
​
Above all, ponder this: how the arts and alchemies of the clan allow passage through turbulent passages.​
From living compasses to lonely threadspinners - gifts to smaller craft - and an unseen lighthouse and songs of astrolabic navigation, this metal home shall guide its friends through deathly trails.​
​
These limits and possibilities define the great ship Savage, flag of Ember Rekali, once clanfather of the Rekali, once warmaster of the Mando'ade, now just a man without need of tradition.​
As the clan severs itself from ill-fit identity, so to does this vessel.​
By warrant of clan chief Alec Rekali, the Savage serves at its master's pleasure and takes on tasks across the known expanse.​
It waits in treacherous, trackless clouds, unseen.​
Thus the spell concludes, identity defined and sealed by witchmaster and by clan-voice.​
While the Savage acts in audacity, so shall the the Force bless it.​
You must log in or register to reply here.

A Test of Limits, and Brotherly Love

Soldier of Fortune (Rekali the Hutt)

The Limits Of Ones Reach
2