A large predatory shadow flitted across the rooftops, black and silent as death, against the backwash of the neon filled wasteland. Had anyone bothered to look up, they would have only seen a flitting glance and dismissed it as a trick of the light.

Daxton padded softly along the roof's edge, with no consideration for safety or caution, as he ran full tilt towards the edge. Launching himself through the air, he flipped, once, twice, three times before making a picture perfect landing on the ledge.

Pausing to view the skyline for a second, he turned and opened the glass door with the lightest touch of his hand. Moving in the semi darkness, he approached her from behind.

She was so beautiful, he wanted to seize her right there and make wild love to her right then and there. But he had to control himself, tonight was about a plan he had long set into motion.

Whispering softly into her ear he said, "Hello beautiful. Did you miss me?" 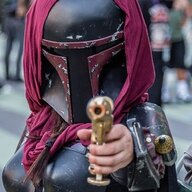 Mirta gasped as she felt someone grab her from the waist, She almost hurt the intruder but she knew who it was. " Only ever second of every day" She said as she turned and attempted to kiss the wonderful man infront of her. Her hands roamed across his chest, as she looked up at the man. The wonderful man before her. There wasn't much stoping her from trying to remove his clothes here and now and showing him how much she missed him. She showed self restraint though. " Are you here to stay the night perhaps?" She asked hoping, silently that he was. She needed him, as life just wasn't the same without him. It was the strange truth of the matter but she loved him to pieces. He was her life, and without him it seeemd so alone and empty. Him being there was all the gifts she needed, as she gave a knowing smirk hoping he caught to the fact that she would love for him to ravage her.
@[member="Daxton Bane"]

He kissed her back, the hunger as strong as it ever was. There was nothing he would rather do than tear off his clothes and make love to her in that moment, to hell with the consequences. But he could not, not after sacrificing so much, not even for her.

Reluctantly he broke off the kiss and whispered to her as he pulled her close. "If only it were safe to do so. My dear every second I spend here puts you in mortal danger, every breath just a little closer to death. But I had to risk it to bring you gifts."

Taking a data chip from his belt, he put it her hand and closed her fingers around it. "Do you remember the people the Sith took away during the invasion? Some of them are still alive, kept as slaves and breeding stock or things far worst to mention. The most hardy of the lot were taken to the Bloated One's prison which he called the Larder. There to wait the whims of his appetites and strange desires. I was able through a great deal and expense to obtain the location of the Larder. It is on Dantooine. The exact coordinates, blue prints and even the guard roster are all there. Those people have suffered enough at the hands of mine. I give this to you as a gift, set them free and bring them home so that we might start to heal the wounds the war has wrought upon us."

Pausing to see how she would react to the gift before continuing, he looked at her with expectant eyes....

Mirta was surprised, " you would do this for my people? " She asked kissing him to thank him. " I don't care about safety I just want ot be with you my love, it is so empty without you around. " She said still astonished at the revelation of the data chit. It was more than enough to get them their men back. She would have to take it to the mandolore right away. She thought as she was then distracted by Daxton again. " hmm Your everything I could ever want, so are you sure we have to stay apart? Cant I fight with you, take on the galaxy together?

"As it is empty for me without you by my side. But I have made powerful enemies among my former allies and I cannot expect your people to accept me with open arms. No, we have to bid our time. Gather our allies, build a position of strength, so no matter who would assail us, they can never come close to hurting us or the family we would build. That is why you can never reveal where you have obtained the information. If it ever came to light that I was the source, they would suspect a trap. Not that I would blame them, but I have nothing to gain from giving you this information. But I am sure you can see how they would find that hard to believe."

"Which comes to my second gift, although I must confess this is a more personal one. Turn around." He said as he guided her with his hands. Then reaching into his pouch, he placed a stunning necklace around her neck. The platinum and silver links intertwined set with a stunning emerald green Krayt pearl. The stone alone already set the piece at tens of thousands of credits. "I personally hunted down the beast to give you this treasure. A reminder that no matter how far, I may be I am always by your side."

Mirta gasped and couldn't believe it as she looked down on the the necklace that was place on her neck. When able she was going to give her lover the kiss of a life time. " you didn't... Really? " She was speechless, as she got lost in the necklace, she managed to turn around and wrap her arms around him one more time as se kissed him. She was astounded by his kindness ot her. She always felt she didn't deserve the love he gave her. She kissed him a bunch of times holding on to him, unable to speak but able to at least do this to show her thanks. " My love... you spoil me... " She got out as she looked up to his eyes. He was wonderful to her. She looked down to it not even sure how much it must of cost. it was beautiful. He had even killed the beast himself. She put her head against his chest and smiled enjoying his presence.

"You deserve that and so much more for the sacrifices I am asking you to make." He whispered to her as he held her close in his arms, squeezing her softly, enjoying feel of her against his flesh. "I only wish we could move faster so that we might be together sooner, but the other pieces on the board are moving as well. The Jedi Grandmaster refuses to budge, no matter the challenges I throw his way. He doesn't know it but he is one of the keys I need for the plan to work. Another complication are the Lords of the Fringe and the Omega Pyre. Someone is pulling their strings and throwing hazards our way, but they won't succeed. I will not let them, my love. That I can promise to you."

(sorry I took so long) "What should I do while you are away? I am lost without you. I just don't feel at home with the Mandos anymore. I am not one of them anymore, I look at them and feel like a stranger while among them. " She said as she looked at her necklace. " I don't deserve you, you are far too kind to me. " She said holding tight to him. She wanted to make sure to spend each moment she could as close to him as possible. Mirta didn't want him to leave. Why did they have to stay apart. Why could they not be together? She was able to handle her self. She thought, she was after all a trained mando warrior. " What can I do for you? to speed it up, my love, after all I would do anything for you."

@[member="Mirta Kar"]
"Ah but only if were that simple, my beloved." Lightly pressing his forehead against hers, his fingers caressed her cheek intimately. "If I take you now we would spend the rest of our days running. What kind of man would I be to give our family no future? I want to build a future for us. One where we need not hide or fear our foes."

"This is but the first step of many, I have to atone for my sins, not just to you but your people as well. Surely you can see that, can't you?" Pausing to take her hand in his before placing it over his heart. "Each beat of my heart is for you, my precious, and for no other. By the time I am finished no one will ever harm or pose a threat to you or our children. Is this not a dream worth pursuing? You and I, we will build this future together."

"I know, it is worth pursuing but it is hard. I just wish we could be together. I will do as you wish though. I will stay strong, and I will wear this necklace knowing you are out there fighting for us. " She said holding him tight. She didn't want him to leave but knew it was coming. " I will take the data to the mandolorians, I will also be ready to do anything you wish. Just say the word" She would die for him. She loved him that much. She didn't even know herself as much as he seemed to know just where and when to touch her. She prided her self with knowing his body of course. She missed those days, where she spent most of them in bed with him. He was everything to her. She didn't think she could live on if he really died. She had always known that he wasn't really gone. That is what kept her going. Now she had to keep moving again, knowing that they couldn't be together. It hurt but she was prepared. She was ready for anything. She would do whatever it took to make it so they were safe enough to be together again. Mirta so wished that was soon. She kissed him with all he passion she could muster. " I love you" She said as she knew that his time with her was coming to an end. She clung to him even tighter.

"And I love you as well." He whispered softly, as he took her once again by the hand. The time for words was over, all that mattered were the moments they had together. Suddenly the galaxy was irrelevant, all that mattered was the here and now. One man, one woman, flesh touching flesh, time standing still. They made love as like two suns drawn together into a black hole, passion knowing no bounds.

Afterwards, as they basked in the warm after glow, Daxton slowly rose from where they lay, "I have to go. I have stayed too long and may have put you in danger."
You must log in or register to reply here.
Share:
Share
Menu
Log in
Register
Install the app
Top