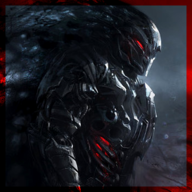 Sand whipped through the arid air, sharply whistling as it shot through the tighter points of the canyon. Braxis shimmied between the two rock-faces, there was hardly enough room for him to breathe let alone squeeze himself through. The rock was laminated in a thick crust of sand which chipped away as he pushed himself through, finally he popped out of the "rock and rock" place. Braxis spat burning sand from his mouth as he got to his feet. Braxis was taken completely by surprise, as he wrapped the dense cloth of his cloak into a hood around his head he witnessed first hand the sheer scale of Qhothin's tomb. Qhothin lived extravagantly and more money went to constructing his tomb than it did to his inheritors, Braxis had heard rumours and tales but none to this scale.

Before Braxis laid a flat sand dune, fifteen kilometers in one direction and fifteen kilometers in the other. The dune was surrounded completely by flat mountain faces reaching at the least a kilometer high, sand trickled off the tops of the mountain faces like a waterfall. His fight to move through the sand was like trying fly on an intersection through the airways of Coruscant, though the closer he got to the center the lighter the whipping sand had become. It no longer tore at the skin of his nose, making it nearly impossible to breathe. The sand seemed to lay dormant as the monumental tomb became more and more visible. It stood tall, double the height of the mountains and quadruple in length. The tomb was no where near as extravagant and laden with jewels as most were lead to believe but it's sheer size was enough to astonish.

Braxis marveled one last time at the steps of the wonder, sand trickled off the walls like it did from the mountains though nothing seemed to gather. Each step he took on the sand stone steps the more he could feel something fueling him, an overwhelming feeling of fear and anger took grip of him as he began to march into the tomb.

@[member="Braxis Tzorian"] Hey dude, I'm sure you've realised what's happened by now, but if not, the site crapped itself and most stuff (posts/threads) since August have been lost. We can consider ourselves lucky since our thread remained cached on google, but unfortunately, only this post remains.

I will edit in a reply once I've sorted out the malarkey on my end. 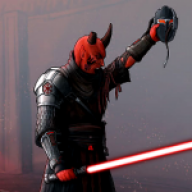