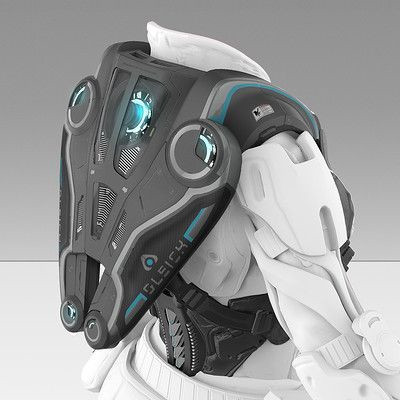 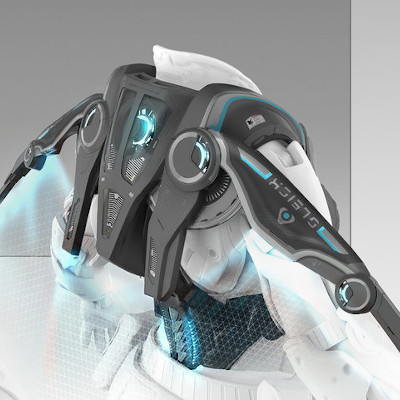 The A-BWD1's wings can extend to give the user a better turn rate and descent speed through the atmosphere.​
DESCRIPTION

Three technicians, two of which were part of the Tann family had an idea when watching old holo reruns. Jedi used to fly, jetpacks can fly but what isn’t commonly on the market is drop packs. Gear dedicated to atmospheric drop troopers. giving them speed and durability on the descent. Black and sleek, its two wings extend outward when in use, a long line of thrusters built into the frame.

Given the nature of this goal, the blackwing sits in line with Apex's current want for more durability over other concerns. There are some benefits to the energy cell being the power source over liquid fuel. Much like the jump pack the A-BWD1 propels itself a long distance before landing, unlike the jump pack the Black Wing can hover effectively, but unlike a jet pack it can’t then fly without landing again, instead the user directs themselves to the ground somewhere nearby with a short burst. A certain amount of turn or distance can be gained with the Drop Packs extended wings, which lends itself to faster gliding through the air or being able to maneuver more smoothly in high atmosphere drops.

The A-BWD1 is exceptional in space, both for near orbital planetary drops and boarding other ships without a support craft. With its Duravlex extra heat resistance and disposable heat sink the A-BWD1 can survive multiple re-entries, because changing the heat sink discards some of the punishment put on the unit from orbital drops. Of course, orbital drops will kill most living things, but droids or specialist flight suits might survive. There are applications for example in small escape capsules, micro fighters, and high atmosphere turrets or mines. Generally high atmosphere drops below the worst turbulence are recommended for more perishable users regardless, and that is where this unit excels beyond all other designs we have tested.

The wingspan of the blackwing allows the user to direct the drop much faster and more smoothly than a standard jetpack. Although you cannot fly, you can make a series of thrusting jumps in a specific direction, altering your rapid descent to eventually glide where you want to go. This is not the only benefit however, your heat signature is lower than with rocket fuel and being powered by an energy cell the pack is not as prone to exploding if hit, only further backed up by its sturdy Duranium casing. All in all for atmospheric drops, certainly combat ones, we believe this is the superior method for landing large amount of troops fast and safely.

When on the ground, Apex notes that the Drop Pack is simply not as good as a regular jetpack. It serves jump troopers very well who want to scale buildings for example, or just go over enemy lines, but won’t allow a quick escape or hit and run attack near as well as a full jetpack. That said it is better than a standard jump pack, as it not only goes higher but also allows for a limited hovering or rapid descent in a different direction. Some techs nicknamed the blackwing a swooper, gliding in to take out your opposition like a predatory bird of prey.

This particular admin officer considers that romantic notions of old holovid movies, somewhere between a flashing Gordon and a Blessed to be Brian, but others consider talk of fanciful cloud fighting, better reserved for the realities of a timely bespin sunset with memorable family reunions.

Jalla Tann had one thing to say as she jumped out of a starfighter at near subsonic speeds. DIVE

End of File
Last edited: Thursday at 6:29 AM
Companies A2 | A1 - Themes: Arrival | Calculation | Future​
You must log in or register to reply here.