The young Devaronian was just a boy. He hadn't known, he didn't mean for it to happen, but it did.

His parents were dead...killed right in front of him. He looked right at the smouldering corpses.

The truth, it was too horrible for him to know. He couldn't allow it. Forever it would be a false memory. The guards had shot the parents, right?

Surely the boy hadn't...but how could he?

He had been filled with rage, and then everything went red. His face felt hot. Then, his vision cleared and he saw it...they were dead, burnt to a crisp just like the guards that were arresting them.

But Him? He couldn't have!

The boy didn't know about the force, the dark side, the unnatural abilities...but in his rage, he had killed his parents. It wouldn't be until he was a young adult for the truth to be revealed, turning him to the dark forever.

OOC NOTE: This is supposed to be confusing. What happened, was Akaan killed his parents using a super rare ability. In his mind, the guards killed them. 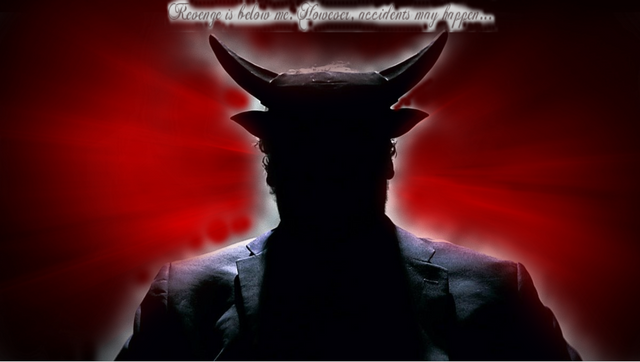