What I'm all about...(Because naturally it's all about me, right?)

Every so often something occurs on Chaos that causes a fuss and brings that little bit more salt to our plates...-Our Community here is hugely diverse and as it is in life, it's even more evident on the internet that we're not always going to see eye to eye, it's part of life and being human. For many of us, it appears that communication can be difficult at times and especially so through text based interactions without the sense of tone and voice that portrays our emotions far more accurately, however this is also why I like the articles or blogs on SWRP: Chaos, because it gives myself an opportunity to allow others to see and learn a bit more about myself, more so than they might have otherwise been told or assumed as is also human nature unfortunately.

As many may be aware already, I recently came into the position of Faction Ownership of the Silver Jedi Concord, something that I'd never thought likely to happen once upon a time. I've been a contributing Faction Admin for several former Faction Owners of the Silver Jedi, as well as having been a Role-Play Judge twice now, and yet I still find myself conscious and carefully considering the future of the faction alongside my Staff who've been wonderful so far. Despite whatever prior experience I've had on Chaos, becoming the Faction Owner of the Silvers is what I consider to be the biggest challenge I've been privileged to take on.

Of course, when I do something, I seem to throw myself in head first and this was no different when the FO vote passed during two Invasions thanks to the Flashpoint Month we've had. While considering how the Silvers were doing and what the future might look like, being in this position also requires me to consider a number of aspects in terms of our OOC relationships with other Major Factions and how my influence may or may not affect this.

I would like to believe that I've been taking the right steps in supporting other factions and writers through the various interactions I've had already, both on Chaos and via Discord. You see, this is the reason and the motive for writing this article, many of my faction members may learn or already know how I work, but as I don't often stay within other servers for long, I can only presume that there's a good amount of our community's writers out there that don't know me all that well.

So...-To cut a long story short, what I'm all about is integrity. I want to represent the Silver Jedi Concord with transparency and virtue, and I hope to encourage others (Most especially my Staff) to do the same. What you see with me is what you get, I do my best to be honest and genuine and I will not advocate or partake in any abusive or derogative behavior that I feel sours not just the image of my own faction but of our Community as a whole. All factions are, after all, a part of the greater Community.

This isn't to say I'm perfect either...-Force knows I wish I could be but I make mistakes, some more stupid than others like saying something in the Faction Chat just one or two comments after someone else made the same statement (This happened today...-I can be an idiot sometimes). I've also had my run-in's with members in the past, however almost all of them are on good terms with me today, with the exception of those no longer with us today. I don't hold grudges, as they help no one.

In a way, stepping up as a Faction Owner has made me feel as though I'm putting the old RPJ hat back on my head. I've always tried to be a positive influence, but I've rarely been such a public one. I don't look at myself as a leader-type and yet here I am, so I'm making the most of it in the best way I know how to do. One of the first things some of my members learned about me was through seeing the rules I put in place for the Discord Server; I won't tolerate gossip about other factions or writers in the Silver Chat. It makes my faction look bad, but it also does no service to Chaos itself and only fuels the drama's that come about every so often. Whether you're a member or a guest in the SJC Server, it's important that people are comfortable and feel safe, just as the site rules are there to encourage.

Perhaps you're wondering what triggered this post, whether it was about today's rule change or recent times I've had to reluctantly show a little authority; The truth is I just started to type while thinking about how things of Chaos have seemed to me lately, as well as what I'd want to see in a Faction Owner myself. I'm no saint but I want others to know that I'm approachable and even if we don't always agree on things, to know or trust that you'll be heard either way. With me, you have my respect until you do something to lose it. It's what I call Mutual Respect, where I view people on the same level as I am. I don't have any desire to stand over or to be better than anyone else, I simply treat people as I would want to be treated. Being honest, being genuine and considerate. That sort of thing.

Whether or not I'm going to make a good Faction Owner is yet to be seen, however no matter what I do, it will be done to the best of my ability, in a way that shows positive regard to the rest of the site, in or outside of my Faction. You may be my enemy in-character, but I'll still have a laugh with you OOCly. Competition is part of the game, but it doesn't take away from my character or how I treat others. Something that I would wish everyone could say (I can only speak for myself).

In any case, that's enough of my going on...

TL;DR: I'm friendly and approachable for anything anyone might need or want to strike up with me. I'm going to ensure the Silver Jedi Concord presents the same to the rest of Chaos while under my influence and I look forward to future interactions with other factions whether friendly IC or otherwise!
Reactions: Auteme, Carla, Beltran Rarr and 22 others

Do I have to make one of these now where I basically go "So I'm an ahole but I'm decent 70% of the time?"

Caden Evesa - Not at all lol. I do this from time to time because I like to spread positive vibes.

Caedyn Arenais said:
I've also had my run-in's with members in the past, however almost all of them are on good terms with me today, with the exception of those no longer with us today.
Click to expand... 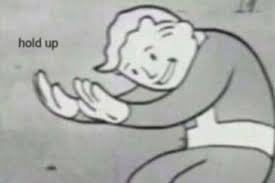 No longer with us?

Clearly I had better shape up in the SJC then. 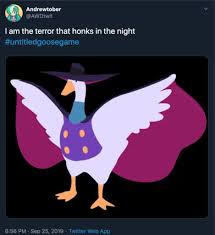 Not the leader-type? Ha! You've been the leader-type since we started Commenor, you silly! So every authoritative hat you've put on came as no surprise to me and I tell you that every single time it comes up One of these days you'll listen to me

Glad to be away from all the salt and drama that goes on though. Sometimes it's really nice to be in oblivion and left in the dark with the goings on. Then I just get to work on fun things and be kept out of sour situations. Gives me time to focus
​

Carla Commenor and the Systems Alliance was the greatest feat I've taken part of in all my time on Chaos and I can only hope my time as Faction Owner of the Silver Jedi Concord turns out just as wonderfully. It's certainly off to a great start and I've got a solid team of staff on hand.

Thankfully, I feel like most people are already familiar with my take on drama and my pushing the positive vibes. I'm pretty quick to jump on anything questionable when it might come up in our Discord server but it's very rare. I guess I have the advantage of being a part of the faction for quite some time before-hand where as Commenor we started from the ground up.

Still, it never hurts to be conscious of the possibilities and potential struggles. I enjoy being an encouraging presence but I'd rather work with my members as opposed to being seen as a dictator or any such thing haha. I only put my foot down when I feel it's absolutely necessary

House Arenais | Mnemosyne | Silver Jedi Concord​
Yeah we were fortunate in that our member base was filled with good people that didn't cause any issues. We hardly ever had to put our foot down.

I'm starting from the ground up again. Being on staff of another major faction just ended up causing an issue that I didn't even think of would ever happen, so I stepped away to prove my point and haven't tried to get back ever since. I don't want a repeat.

You'll do fine, so no worries there.
​
You must log in or register to reply here.