This 2018 action-adventure film directed by Roar Uthaug is based on the 2013 video game of the same name and stars Alicia Vikander, Dominic West, Walton Goggins, Daniel Wu, Nick Frost and Kristin Scott Thomas.
After the suspected death of businessman and archaeologist Lord Richard Croft (West) 7 years ago, his daughter Lara (Vikander) struggles to accept his fate. Under the guardianship of Ana Miller (Thomas), Lara lives a quiet life in London.
Stumbling upon her fatherâ€™s work, she learns of his ambition to locate the lost tomb of Himiko, a mythical supernatural Queen who was cursed with a great power, and that a secret organisation called â€˜Trinityâ€™ are looking for her.
Lara takes it upon herself to continue the mission her father never completed. With the help of sea captain Lu Ren (Wu) in Hong Kong, she goes up against mercenary Mathias Vogel (Goggins) to find the hidden tomb before itâ€™s curse is unleashed upon the world...
Back in 2001, the world was a different place before everything changed forever. Movies were made generally without the need for dark, broody and â€œrealisticâ€ takes on even the most fantastical things. Origin stories were few and far between and there was no intense social media campaigns ready to lobby everything and anything that the industry did wrong or who was offended by what and why.
â€˜Lara Croft: Tomb Raiderâ€™ presented the curvaceous yet tough-talking and ass-kicking Angelina Jolie as the tomb raider herself not afraid to embody the video game character with her tomb raiding friendly attire, twin pistols and world weary sass. It threw us straight into an established world, character and situation and just gave us plenty of bangs for our buck with practical sets and globe-trotting to boot.
Yes the film and narrative itself wasnâ€™t anything new, but it pushed as far as it could for the â€˜tomb raidingâ€™ of the title and trying to hold the source material near with some big name actors such as Daniel Craig, Jon Voight and Chris Barrie to name a few. It was good popcorn entertainment.
Fast forward 17 years and we are treated to a stale action adventure film with by the book narrative and characters, all wrapped up in the name of a rebooted computer game. As â€˜Tomb Raiderâ€™ the game got more serious, so too does this film of the 2013 video game incarnation, but it suffers for it with nothing new to offer the game fans or movie audiences.
As Academy Award winner Alicia Vikander tries to make Lara Croft into an Oscar winning performance, and acts as a human punchbag with enough squeals, grunts and screams to boot, she surprisingly gets stuck into the action pretty well when it comes across. The jungle rapids gives us the best staged action sequences, but itâ€™s all too short before slipping back into standard stuff again.
We have the nasty mercenary bad guy who acts just for profit. We have the mercenary bad guys with their big muscles, tats and beards. We have the native good Samaritan who helps Lara after over-coming his doubts. We have the long-lost family member. They are all here, and can actually be seen in the 2001 original and every action/adventure film since. All forgetful, 2D incarnations.
Simon West as Daddy Croft tries his best to tug on our heartstrings with his screen-time with Vikander, but their â€œDaddy loves youâ€ repartee and â€œSproutâ€ nickname soon gets annoying and itâ€™s clearly a film based on estranged father/daughter relationships and goes for something far more serious then we needed to see, or cared for. This is â€˜Tomb Raiderâ€™. We all know Lara Croft. Why do we have to go right back to the drawing board for a lacklustre emotional exploration of her parentage?
Itâ€™s every action/adventure/tomb raiding film weâ€™ve seen since. â€˜Welcome To The Jungleâ€™. â€˜National Treasureâ€™. â€˜The Mummyâ€™. Weâ€™ve seen all this before - good guys race against bad guys only to end up working together to reach the prize that could destroy the world before the good guy has to evade the bad guys and save the world! This is exactly that, but goodness me itâ€™s boring and throws up so much lore we have to buy into including the SPECTRE-esque evil group Trinity who are everywhere trying to rule the world and the catalyst for hopeful sequels.
On that note of influences, this outing mixes every plot point from the Indiana Jones trilogy without any of the practical excitement, fun or danger. From opening a cursed tomb full of booby traps aâ€™la â€˜Raiders Of The Lost Arkâ€™, to the supernatural and haunting themes of â€˜Temple Of Doomâ€™ to the parent/child tag-team of â€˜The Last Crusadeâ€™, itâ€™s easy to see how lazy this incarnation of Lara Croft is and how they stick to a standard jungle romp. Why not Antarctica? Or Italy? Or Egypt? There is so much source material, so why resort to boring Hollywood fodder?
As you can tell, I wasnâ€™t a fan.
Rather dull, not memorable and only about 15 minutes of actual tomb raiding in a 1hr 50min movie. The rest is all flashbacks, boring character exploration, CGI action and simplistic story. And when a film like this resorts to a very bland soundtrack with nothing but jump scares at every turn you can see coming a mile off, it ticks the boxes for "standard stuff".
And when a pulse pounding,well edited and performed cycle race around London is the best sequence of the movie, you know thereâ€™s going to be little else on offer. 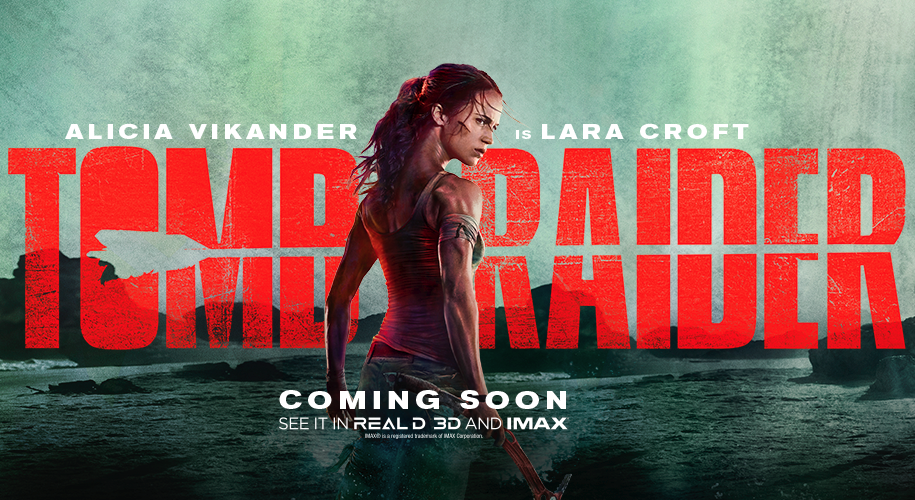