This 2017 American action-adventure is directed by Alex Kurtzman and serves as the first installment in the Dark Universe film series. It stars stars Tom Cruise, Annabelle Wallis, Sofia Boutella, Jake Johnson, Courtney B. Vance and Russell Crowe.
In present day London, the Crossrail construction team discover a tomb of English crusaders, complete with hieroglyphics on a large mural. At the same time, soldiers of fortune Nick Morton (Cruise) and Chris Vail (Johnson) accidentally uncover an ancient Egyptian tomb of cursed Princess Ahmanet (Boutella).
This garners the interest of archaeologist Jenny Hasley (Wallis) who is working for a specialist based in London, Dr Henry Jekyll (Crowe). Upon un-earthing the mummified remains of Ahmanet, Morton is cursed and has unleashed a living hell on Earth.
Jekyll reveals that Ahmanet is looking to recover a lost treasure hidden in the Crusader tomb to resurrect evil god Set in the mortal body of Nick to take over the world as rightful rulers. Morton and Hasley must fight Ahmanetâ€™s curse if they are to stop a great evil destroying the world, as Jekyll knows this is just one of many monsters lurking in the shadows...
A reboot of a reboot of a remake of a classic monster tale. By now, classic monsters such as the Mummy, or Frankensteinâ€™s monster, Jekyll &amp; Hyde and the Wolfman - to name a few - are iconic â€œmovie villainsâ€. In times before computers, film-makers used models, matte paintings, make-up, costumes and careful film-making in general to craft creatures and stories that served up frights and chilling moments for audiences.
Now it falls to Universal to re-launch these classic movie monsters for a new generation. So what does that mean on the basis of this, the first in said â€˜Dark Universeâ€™ - jesus, really Marvel, what HAVE you started with these universes - well it means you get a truckload of CGI, big name stars who detract from the film itself and so many basic and lazy film-making devices that it will leave you empty and un-impressed.
The problem here is that â€˜The Mummyâ€™ is trying to be something itâ€™s not, and so comes across muddled, boring and un-eventful. It doesnâ€™t pave the way for any future stories, bar about five exposition narrations by Russell Crowe, and it doesnâ€™t do much in the way of monsters. There is no real horror (bar a couple of grizzly CGI zombie creatures) and the majority of the â€œscaresâ€ come from obvious jump shocks. You know, where itâ€™s a dark room and EVERYTHING goes quiet, but you know evil is there, and you just wait...and wait... and the camera moves to allow the monster frame to enter, and then it happens. BOOM.
No. Itâ€™s not scary. Itâ€™s annoying. Yes, you jump. But why wouldnâ€™t you. Itâ€™s a sensory reaction. A louder than normal sound and music motiff with a quick blur of action. Itâ€™s not scary, itâ€™s just a cheap thrill tactic over-used that is an insult to the real 1920s films that used carefully crafted framing, lighting and themes to depict horror and un-ease, not this mess.
In all honesty, this was â€˜Mission: Impossibleâ€™ meets â€˜Shaun Of The Deadâ€™.
Tom Cruise doesnâ€™t belong here. Heâ€™s an action star getting older who likes to be in control of his films, and so here itâ€™s Ethan Hunt having a bad day. He runs - boy does he run - away from lots of CGI danger, he shoots, he falls, leaps, runs - did I mention he runs? - and all the things we now expect from a bloke in his 50s loving CGI enhanced stunt-work. But this is supposed to be a horror themed monster movie isnâ€™t it? Take this and all the mummified zombies walking around that look like extras from â€˜Shaun Of The Deadâ€™, but less fun or funny, then you see my point. Itâ€™s lazy film-making and a hap-hazard mix of genres that doesnâ€™t know what it wants to be known as. Action? Horror? Adventure? What. And the ending...donâ€™t get me started on such a boring pay-off that pretty much leaves nothing open and takes us right back to where we started.
The supporting cast are a mixed bunch too sadly. Annabelle Wallis and Jake Johnson are a little off for most of it, Wallis a tad melodramatic for me and Johnson coming across like some stupid comic relief to what could have been a creepy role. Russell Crowe looks like heâ€™s having fun at least, and really into the part, so when he was on, I was entertained. Especially when heâ€™s knocking the poodoo out of Tom Cruise. That was good. Heâ€™s the anchor to this out of control ship and always recites what is happening, why and what will happen because otherwise weâ€™d just forget.
Sofia Boutella looks divine as pre-Mummy Princess Ahmanet, and then seems to deliver most of her post-Mummy Princess Ahmanet as a creepy looking CGI creature spliced with blue-suited performance. She looks real, but also doesn't, and itâ€™s distracting. Sheâ€™s enticing and kooky enough to be our villain, but again, itâ€™s standard stuff with nothing truly unique to be classed as a â€œclassic monster movieâ€ Mummy. This is Brendan Fraser territory weâ€™re close to here, not Boris Karloff.
For just under 2hrs we cross from 1127 AD to 1000 BC and back again to present day and at times it feels like it. Not even the awful, forced humour that comes across misplaced and dis-jointed can try and save this in my opinion. There are too many missed chances and for what it should be, I refuse to entertain it when it becomes something else.
This is a weak start to what could have been...dare I hope it still may be... a unique and chilling series of re-vamped monster films. But if they carry on with this level of basic film-making, engaging actors not fit for part, boring standard stories and a level of CGI dependence that takes everything good away, then I see dark times ahead for the Dark Universe itself. 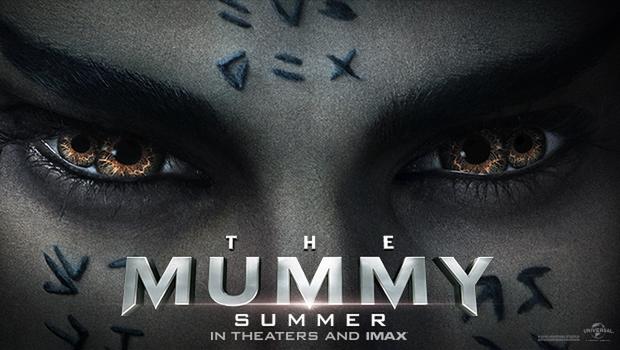