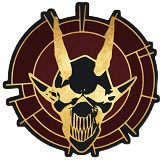 ​
Nature is the basis of all life, of all death, of all change. Change which is expressed through evolution, through progression and development. This process is undeniable and unstoppable - no sentient should try to resist it.

The Bryn'adul wanted to exterminate everything which was not them - the best approach of the mentioned contenders, but flawed by the fact that not only Bryn'adul are capable of extraordinary strength, pragmatism and understanding of the will of nature.
The Sith pursue conflict as their religion and while admirable, still flawed because of their selfish approach, their decadence and their smug indulging of self/importance. They are not. They are wheels in the machine which is running and it knows no individuals, no domination except for the own.
The Jedi of all, including all those who pursue the goals of order, peace or justice, do not understand a single point of the ideal of evolution. They believe in harmony with nature, but a force which knows no standstill, no idleness, no complacency, cannot be based on harmony. All beings are part of nature and all beings submit to its will.
The Primordial Truth

Part of every organism and of every life is the all-encompassing Force, a mystical field of energy which surrounds all creatures and is carried by the midichlorians, lifeforms in everythings cells. Two aspects of it exist, one referred to as Ashla, commonly known as the Light Side, and the Bogan, commonly known as the Dark Side.

While the Light Side provides individuals with incredible amounts of power of preservation and discipline, it is in itself the flawed, crippled and retarded aspect of this energy. It is a bastard born out of the will of few to dominate the lifes of many with so called order, justice and peace. A false promise which stands in opposition to the actual decadence it is, to the falseness it implies, to the betrayal of nature it twists.

The Bogan, deemed 'evil' by lesser and naive beings, is the true form of life, the actual expression of power driving the universe, unfiltered and unbent. It pushes the circle of life ever further, on and on, down the road of evolution and the annihilation of those not capable to keep up with its pace. Life as it is knows no mercy, no compassion and no sympathy. Only strength to endure, overcome and prevail at the top of the foodchain.
The Claim of Fell

Those understanding the truth of life, will see the farsight and enlightenment in such organisms as the Brotherhood of the Maw and the Bryn'adul, they are the heralds of a new order and are meant to shatter the pieces of 'proud civilisation' which inhabit the Galaxy with their ignorance of a peaceful or new order.

Nature is the ultimate avatar of supremacy but there is space for others below it, a place on the podium of godhood to shape the Galaxy and rid it of decadence of civilisation. Strength and strength alone will ensure the truth will spread.


See our strength and fall to your knees.
Witness our rise on the fields of triumph.
Praise your new gods.​
​
Reactions: Alina Tremiru, Reverance, Ingrid L'lerim and 1 other person