The Death of Bastin Arenais 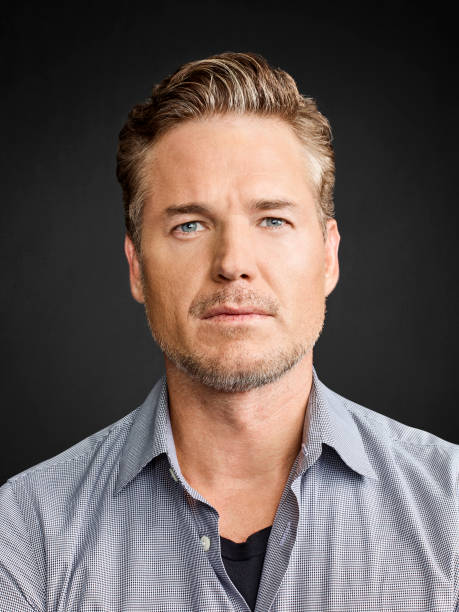 Bastin Arenais smirked raising his Cycler Rifle towards an animal that was resting near the river. He had spent the last couple of weeks in the Lianorm Swamp hunting game. It was how he relaxed, being alone in nature facing the elements Bastin was a natural leader born with a ton of charisma but there were times that he wanted to be alone and away from his family in order to clear his head. It had been an eventful couple of years for the Anerais family: Saraya Arenais his daughter was married off to the King in CIS space, the niece was married off to a rising nation called the Elysium Empire and his beloved wife: Rowena Arenais narrowly escaped the Rakghoul Plague in Numdian Prime along with what she claimed to be a Sith Lord or a freak as he liked to call him. These force users thinking that they were morally superior to others just because they move stuff with their minds. From the galaxy's inception the common man had been dragged into the petty squabbles between the Jedi and the Sith. Their religious fervor had held people back for generations. How many planets have been lost because of the fighting? Bastin had ancestors in Taris who were nearly wiped out because of the war between the Sith and the Jedi.

To Bastin, the Jedi and the Sith were no different from one another, take a Jedi Knight and strip them of the Force. What are they? Just like him nothing different than a normal person. These people rely on the Force like a leech, these Jedi were dogmatic in their teachings and it was something that his wife shares. During the New Jedi Order's war against the Sith he was hoping that both sides eradicated each other. Alas this was not to be, Bastin was glad that they Sith Lord was dead though, Rowena would often talk to him in wistful tones. While Bastin did not doubt her faithfulness, he can't help but feel that the woman had a think for whatever his name was. "Good riddance to bad rubbish," Bastin fired his Rifle and immediately the creature fell. His family was gaining power and influence all over the galaxy just as he intended. Soon he'll become one of the most powerful people in the galaxy.

The man knelt down and began to skin the beast in front of him. Bastin was willing to fight anyone who dare to fight him, he was good with speech but was better with his fists. Bastin, had fought even Jedi to a blood pulp back in his day and would do so again. Though Bastin was 56, he moved and acted like a man of 26 full of vim and vigor that would intimidate even the toughest of men. He was ready to take on the galaxy and win, the board was set up the Sith Empire was destroyed and the Jedi were under scrutiny by the Senate for their war crimes. With enough power and influence, Bastin can make sure than no Force User would ever have a say in the galaxy's affairs again. Everything was looking up.

Just then he heard a roar from afar which sounded like a Vorskr! Those animals very rare! Immediately Bastin raised his rifle a smile forming on his face. More game to hunt huh? Based on the sound, it's a big one. Making sure to load his rifle, Bastin followed the multiple roars until he reached a large cave. Taking a deep breath, Bastin ventured forth taking extra caution. The moment Bastin entered he felt a sudden chill in his spine, as feeling that he was going to die. He brushed it off it was nerves it was always nerves. Bastin didn't get far in life by being a risk avoider and he'd been hunting for years. He was confident in his abilities, continuing to go deeper into the cave. As he got deeper, Bastin felt more afraid his hands started to shake and his eyes started to dart around the dark, damp cave. Why can't he control his nerve?

A tremor was felt as Bastin gulped. "Oh no," he turned on his heel and began to run but large rocks fell onto him and everything went dark.


Bastin came to, pain washed over his entire body. He had been in multiple fights before, so experiencing pain was nothing special, it was like getting a massage really pain was essentially Bastin's best friend this was nothing. Bastin was flat on his back looking around the cave, how fracking stupid was he? Bastin walked into the cave like an amateur not knowing what the creature was and not even accessing the cave's stability with a scanner. Rowena always scolded Bastin for being reckless at times. Looks like the woman was right this time he really should listen to Rowena at times. Noticing his rifle far away from him, Bastin got up to and walked over to grab it.

Or at least he tried to.

"What?!" Bastin muttered under his breath, he couldn't move. Hell, Bastin couldn't feel his legs what the frack was going on?! "What the frack?!" With great effort, Bastin panted and grunted struggling to sit up. "Why is it so hard just to sit up?!" he thought.

Bastin would receive his answer when his forehead collided with the large boulder in front of him. Groaning, Bastin rubbed his bloodied forehead adjusting his eyes to see the boulder as well as blood from underneath it. His blood..... with his legs crushed underneath.

"Oh no......" Bastin's heart raced to the point where he thought it was going to explode. For the first time in his life, fear flooded the once proud Arenais processing the reality that he is in right now.

"HELP!" Bastin yelled begining to sob. "This can't be, this can't be! This had to be a bad dream! There was no way it can end like this! Not alone..... not without Rowena and Saraya Arenais knowing. "SOMEBODY HELP!"

His voice echoed throughout the cave, part of Bastin prayed that the soundwave would somehow reach a traveler passing by.... anyone really. Bastin continued to sob loudly punching his fists bloody against the large boulder. He finally found something that he couldn't punch his way out of this time. Blood continued to seep out from underneath the boulder as well as Bastin's now bloodied hands. He didn't care if he couldn't walk anymore, all he cared about was going back to see his family again. "PLEASE!" Bastin yelled. "HELP!"

Rowena was definitely right about Bastin being reckless, Bastin would never doubt her again but he wanted to live to tell her, hold her, kiss her and say that she was right. For once in his life, Bastin prayed to the Force to get him out of here. To somehow remove this boulder from his legs, to get help. "Help....." Bastin's cry this time was a pathetic whimper, he felt disoriented as beads of sweat formed on his bloodied forehead. "Can anyone-"

"I'm here," a voice hidden in the shadows replied. Bastin craned his head to see a large, dark skinned, man bereft of hair. The man waved his hand somehow causing the boulder to crush him even further. Bastin cried out in pain immediately lying on his back. "The animal you heard was a distraction," the man spoke. "To make way for me to use this boulder to crush you."

"Who are you?!" Bastin whispered fear plastered on his face. "You look familiar......"

"Darth Angonous," he replied bluntly. "I rescued your wife a year ago, Bastin forgive me for this. I do not have any malice for you despite your wrong takes about the Force. In fact your passion for anti force sentiment is what help contributed to the divide between the Galactic Alliance senate and the Jedi Order . Thanks to you and a lot of other influential people, the senate and the Jedi are now distrustful to one another thanks to the good work you produced. The Sith may have fallen but our influence still stretches far and wide. Your death is not personal, it serves a greater purpose for the Sith Empire, for the Worm Emperor."

"I have a wife," Bastin uttered out trying to get up but failing. "I have a daughter, I have a niece Loreena Arenais-Valhoun !" He closed his eyes. "You won't get away with this Sith!" He said anger weakly forming inside Bastin. "My wife will hunt you down...."

"Your wife is close to me," Angonous spoke in a cold whisper. "She has feelings for me and I tend to capitalize on those feelings to serve the greater good. Yet her loyalty to you is what's keeping Rowena from acting on her growing love for me."

"You monster!" Bastin growled trying to reach out and strangle the Sith Lord but it was no use, he was pinned to this boulder trapped like a Jedi in the Temple during Operation: Knightfall. "If you so much as to touch Rowena......"

"Then that means we are to be married," Angonous said simply pacing around Bastin. "Your wife's wealth and connections will make it easier for the Sith to rebuild and gain influence. While she clings onto me for support, I will rebuild the army of the Sith and lie in wait until we have a chance to strike. The Jedi are distracted, the Brotherhood of the Maw serves as a worthy opponent to soften them up. We will continue to make more moves in the Senate, and of course make alliances."

Angonous gave the dying Bastin a grim look. "It truly pains me to do it," he said. "Rowena is a lovely woman and even I am attached to her, but as long as you are alive, she cannot serve her purpose. You must be disposed of, but do not worry my good friend. Your service to the Sith Empire will be remembered even commemorated."

Tears flowed freely from Bastin's eyes as Angonous chuckled to himself. "Look at me," he said to himself. "Monologuing like a man hooked on Spice," he waved his hand. "Time to put an end to it."

"No please no....." Bastin heard a growl. A large Vornskr appeared, its long sharp fangs glittering in the dark cave, its red eyes focused on Bastin who stared at it petrified. With another wave from Angonous, the Vornskr leapt on to the wounded prey.
Reactions: Aeris Lashiec, Caedyn Arenais, Ingrid L'lerim-Vandiir and 2 others