The Beginning: The Mystery of the Crossroads Jedi Chapter 1 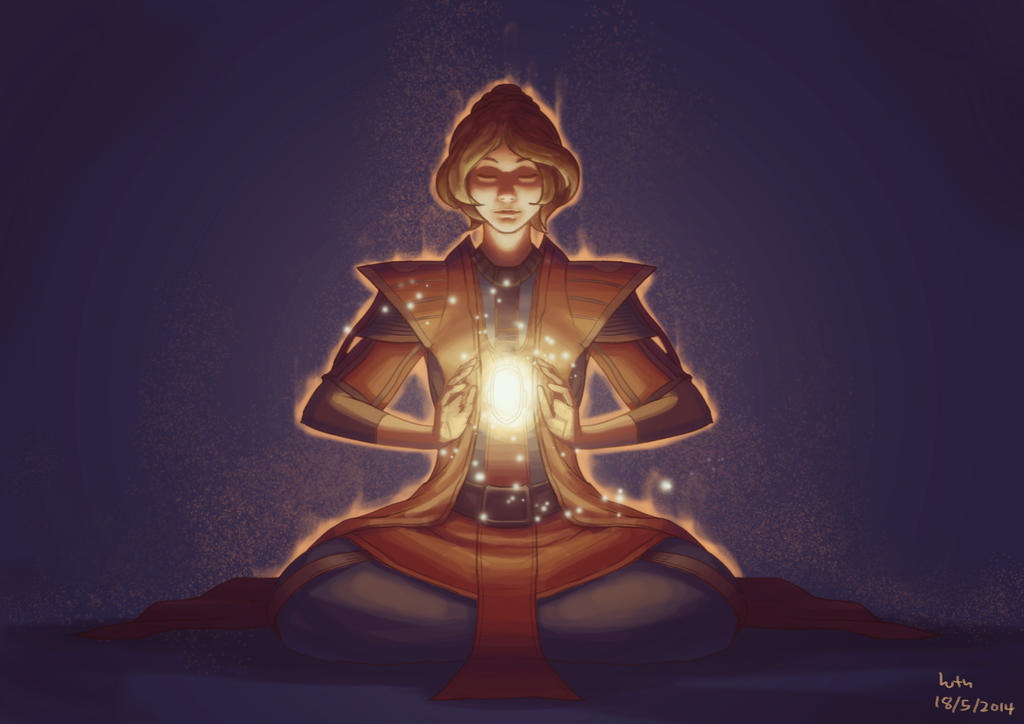 The Beginning: The Mystery of the Crossroads Jedi
Chapter I


10,967 BBY​
The peaceful tranquility of the primitive Delfino people was a truly-enviable one for Jedi Master Trix Aldeen. She’d arrived at this little world for some much-needed rest, fleeing a running battle with a rather tenacious Pius Dea Crusader Cathedral Ship. When the Jedi had first come here they realized that they were probably safe because the system was clearly off the beaten track of the Pius Dea’s own starcharts. They’d established a new Temple on one of the moons of the large green gas giant, the third planet in orbit around a main sequence star. This system had acted as their operational base for raids against the Pius Dea for four hundred year now. The Jedi called it Crossroads because all of their military traffic in the area came through here eventually.

It was the same for Master Aldeen when she’d landed aboard their small shuttle, one of the only ones which had survived their last boarding attempt to free some slaves from a Pius Dea transport. It was a trap, and became a bloody affair, the failure of which had cost them two of their squadron’s three ships to the arrival of a pair of Cathedral Ships. Still, they’d managed to get one of the enemy behemoths thanks to the suicidal actions of one of their ship’s final act of ramming the enemy ship from below, straight into its reactor.

Now, all they had left were five hundred and fifty-two Jedi Knights, Padawans, and Masters including herself, and their crew of eight thousand loyal Renunciate officers soldiers and crewmen who had managed to keep them alive thus far. Still, the fact they had left Ossus with a fleet of sixteen ships, three thousand Jedi, and a hundred and fifty thousand other personnel and almost everything over the course of their year of raiding and battling the Pius Dea Crusaders and beating them back with limited support. The main fight was in the North where the Jedi led the battle in their tens of thousands across the Mid-Rim while in the Southeast portions of the galaxy the Hutts continued to bear the brunt of the fighting against the Pius Dea. Master Aldeen’s duty was simple, use her fast and powerful Man’o’War squadron to tie down as many Pius Dea ships as she could where they couldn’t be used to counter their own offensive towards Carida. The war was at a crucial state as the massive Renunciate fleet joined the Jedi and the assorted “Heretic” forces who’d finally stood as one and said “no more” to the Crusaders who’d raided, pillaged, and murdered tens of billions for almost a thousand years. So a small force which could draw away a much larger enemy fleet was seen as necessary.

This was the plan anyway, but that was a couple months ago. Now, after nonstop combat to desperately draw off enemy forces they were at their limit. Moral, even amongst the Jedi, had plummeted to a disastrous level. Officers and Jedi alike were being openly questioned by their men, Padawans were disobeying their masters, and to make things worse, there was only so much longer that their battered ship would hold on before it gave out. They needed reinforcements. So, they returned to their home base to try and let their people decompress and relax and let the ship itself have a breather, metaphorically-speaking.

Laying her graceful two-handed virbrosword on the ground the blonde woman decided to finally take a few moments for some meditation. Her sword, like all the Jedi in her detachment, was hand-forged from Songsteel with a bronze circular hilt and a thin velvet wrap on the wooden handle. The blade itself was a single-bladed weapon, and glowed and hummed slightly when its vibromotor was activated. It was an excellent weapon, having served her well for quite some time, but it had its limits.

Sitting there and calming her mind Trix let the warm breeze coming off of the turquoise ocean and the waves lapping on the white sand beaches in front of her she remained motionless upon a flat dark slab of stone, a favorite of hers lately. She looked out at the horizon, which had the features of a reddish neighboring moon being bisected by the horizon. It wasn’t the twin moon which the local Delfinos told them was home to their spirits, who watched over them in a perpetual lunar dance, forever intertwined with one another. It was a pure feeling, a feeling of peace. As Jedi Master Trix knew how to meditate and knew what was supposed to occur and she did so. Her mind emptied, her breathing became slowed, her heartbeat faded from her own ears as the music of nature lulled into a deep trance. Soon, she was within a new state of being, at one with herself and with the Force.

As she sat there something started to come through to her. This had never happened, normally it was a calm relaxing and yet featureless feeling. But this time it was different. At first it came quietly, merely glinting and shimmering, but as Trix’s mind focused, guided by the Force it became clear. It hovered in her mind, tracing itself through the sky as the Force seemed to guide her vision. Every detail was etched into her mind, it was a crystal. So she reached for it, the light emitted by the crystal fading as she came closer, her empty hand reached forward and closed around this crystal and then her vision faded to black. Actually feeling something within her palm, something strange yet familiar, her vision was broken as a blazing streak of light and piercing hum shattered the serenity. Her hair was buffeted back by a blaze of wind and Trix’s eyes shot open and she leaned back and realized that there was nothing around here to have caused the sudden gust of wind, the palm trees behind her were complete untouched by the gust which had ruffled her blonde locks.

Taking a deep stuttering breath Trix blinked rapidly and saw something. She looked to her hand, and saw it, the crystal. It was there, within her palm for a moment before fading into sand. A gust wind carried it out of her grasp and the remnants blew out to sea where she saw it. The same shimmer, the same glinting as the crystal she’d witnessed in her vision was flickering upon the moon in front of her. It was a sign.
Reactions: Patches (CT-5290), Willan Tal, Jend-Ro Quill and 3 others