Statement from the Chancellor RE: The Threat of Imperialism 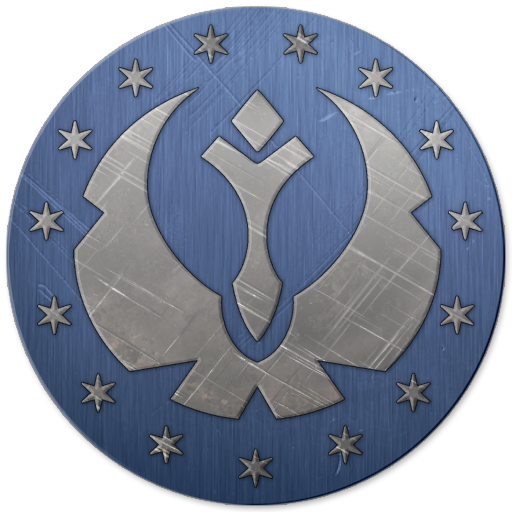 A Message from the Chancellor
​
"My fellow citizens,​
When I addressed you for the first time as your Chancellor, I declared that a new dawn had risen over the Galactic Alliance. That truth is even more salient today, as we continue to welcome home the millions of Core citizens who have so long been cast adrift by the perils of the imperial presence which once dominated our worlds. For untold centuries, the Empire and its successors created deep wounds across the Core. Wounds that we are still trying to mend. Yet even now, as we step into this new age of unification and prosperity, the threat of imperialism and imperialist sentiment grows.​
In our tireless effort to bring peace to the Core, we forgot to stand watch and be vigilant for the resurgence of evil in our galaxy. As our light emblazons the sky, it also casts a shadow, and in that shadow - like insects under a rug - imperialism has grown and become emboldened. Our galaxy faces no graver threat than that of a risen Empire. That dark reality cannot be allowed to happen. It will not be allowed to happen.​
Today, the Alliance resumes its vigil. We will shine our light into the dark places of the void and expose what has thus far remained hidden from our sight and if we must, we will do whatever is necessary to defend your liberties and repel the forces who seek to take them from you. In the coming days, my administration will introduce a new budget to the Senate for consideration to ensure that our Defense Forces have the resources necessary to safeguard our sovereignty. I have directed Alliance High Command to assist neutral worlds to our Galactic North in their own efforts to remain independent from growing imperialism. ​
It is my sincere hope that our allies and neighbors will join us in taking a stand against these evils. We all stand to lose from an imperial threat and it may take all of our efforts to ensure it does not continue to go unchecked. And to those who insist on opposing the values of freedom, liberty, and democracy, in favor of clinging to failed imperial ideals... a warning: We will leave no stone unturned. ​
May the Force be with you. Always."​
Reactions: Olen Halcorr, Ursula Vizla, Gala Geert and 20 others

And what about Historically Pro-Imperial Planets like Carida , Corulag and even Byss that are within the Galactic Alliance , what will YOU do about those planets and the Billions of Civilians residing on those planets who have Historically supported Imperialism , Past and Present?.

11,000 credits per hour for a standard civilian wipe out extravaganza!
You need a local populace removed?
LET US KNOW! We're happy to help!

Cardia may have Imperial Roots but uh, for a long time it served as the capital of the New Republic. Check yo facts, lil brudha

Even as the Capital of the New Republic , the New Republic was a short-lived faction and yet Carida is the home to Tanomas Graf and was part of the Core Imperial Confederation so i'd beg to differ.
Men, I'm still the spiritual Emperor so, whatev
Spiritual Emperor? How can you be an Emperor if you have no Empire.
You must log in or register to reply here.