Pantheon of the Horde (Archival) 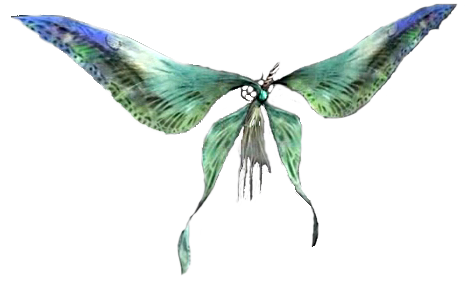 Yun-Grod: Moth God of the Stars
Grod is one of the more peaceful gods of the horde pantheon representing the stars themselves and all heavenly bodies. Most followers of Grod prefer to find peaceful methods to their problems, but being a culture surrounded by violence, most followers in the Horde still have to commit acts of violence serving in the military caste.

Yun-Ythonos: Goddess of Anger, Spite and Vengeance
Appears as a four-armed, heavily armored woman with large goat-like horns. Eyes are said to burn bright red, and to look into them is to see pure rage. Followers of Ythonos tend to consider revenge a necessary thing and do little to control their negative emotions. Some consider jealousy to be another trait of the Goddess, but it is never directly stated.

Yun-Larg'Onai: God of the World, Home and Hearth
Larg'Onai is a gigantic humanoid being, but with 6 legs, and has claws instead of fingers. Made of Steel, he resided wherever the Yuuzhan Vong homeworld is. He is a mixture of peaceful and hostile, trying to stay away from combat, but if one makes the slightest dislike of anything on the homeworld, they will be destroyed.

Yun-Helafar: God of Love and Deceit
Appearing as a beautiful upper body of a man, with the lower body of snake. Said to help bring false love to the Vong only so that they can deceive those caught in the loving gaze of the man, and be crushed by the body of the snake. Yun-Cuu'rha: God of Deviation and Prophecy
Cuu'rha, new usher of the future of the Horde, is a traditionalistic Vong deity more in line with that of the "Old Gods." Unlike most of the yun'o, Yun-Cuu'rha does not have a set gender identity, though it is mostly portrayed through female vassals which are lightly Vong-formed but not extensively altered. The true identity of Cuu'rha remains largely and completely unbeknownst to all who worship it, though Vong and Horde alike pay homage. As the God(dess) of Deviation, Cuu'rha's blessing is the only thing that, in the eyes of the zealous, warrants the interaction of human technology in any way. Many who follow in her footsteps are still firm believers in Yun-Yuuzhan, believing the other lesser "Old Gods" to have forsaken them or strayed themselves from Yuuzhan's path of righteousness. Yun-S'incar: God of Hatred and Holy Fire
S'incar takes the form of a grand dragon with three heads and massive burning wings, its faces cloaked by the skulls of other fallen gods and its tail said to be long enough to wrap around Echidna 10 times over. It is said that within his belly dwell the masses of uncleansed dead and those who have fallen to hands other than the Vong. To speak his name is to challenge death and bring down the planet one stands upon.