The overall appearance of the upper frontal of this jacket (leather straps, collar, buttons to clasp the overlays, with the two tones) 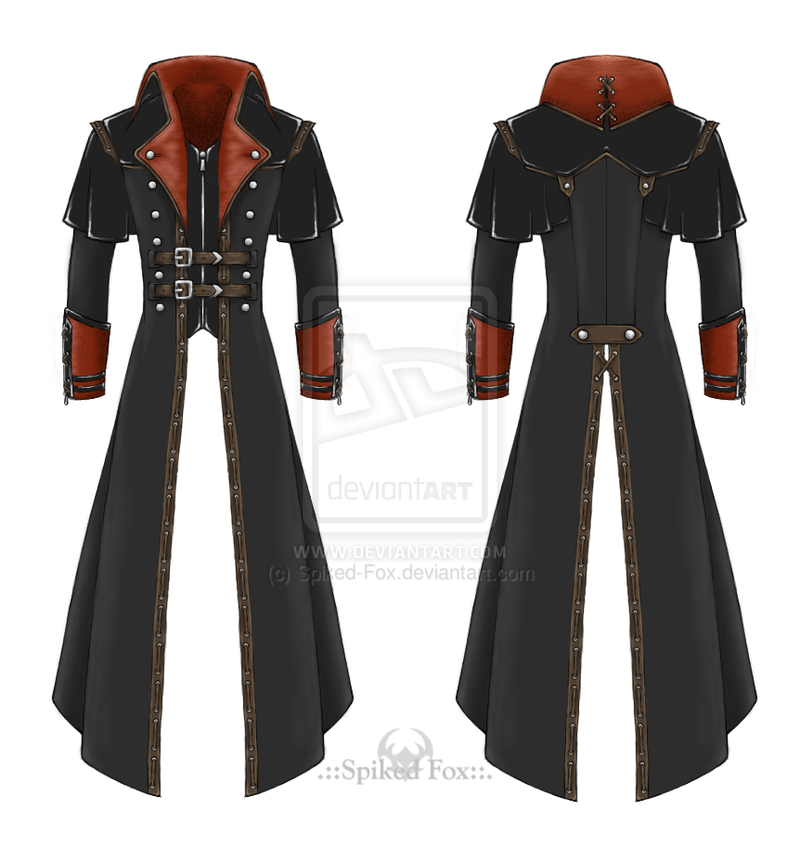 Development Thread:
Manufacturer: Darth Pikiran
Model: Lorn'iseth (lor-set) Jacket
Affiliation: Valashu Elahad / Samael Daemon
Modularity: None
Production: Production: Unique (2)
-
Material: Treated Lambskin Leather / Akk Scale / Alch Titanium / Kinetic Gel + Uller Horn
-
Classification: Anti-Blaster
Weight: 10.62 kg
Quality: 10
Special Features:
-
Description:
Damien Daemon long lived with no friends, only to realize in recent times that he was finding some. Valashu Elahad, the man whom took over JAC in his stead, and Samael Daemon, his forgotten son, both have become important people to the Ancient Sith. Thus, when his son returned to explain who he was, with little more than a blade in hand, Damien set about to make him a suitable defence for battle should it arise.
Firstly he chose the finest lamb skin leather, in the darkest shades of black, to treat with minor Alchemy, thus creating a semi durable piece of material. Next he set about breaking down while shaping Akk Dog scales to form a thin mail covering. It was not entirely unbreakable, nor was it flimsy. Combined with the leather, it was a decent defence.
After stitching the mail to the inside of the jacket, he was just about to finish with an underlay of silk, when he was approached by Valashu. The KensÃ»rai Archer, surprisingly, had come with a nearly exact request to what he was in the middle of crafting - save in two tonal greens.
Brought to the table was the Bodyglove Val had recently been testing, which was filled with Kinetic Gel combined with Uller bone that was allowed similar abilities to its living style through the means of Alchemists trained by Damien himself. Choosing to perfect this on his own, Damien instead went to find a live Uller, which he slayed while applying his power to the Horn of the beast. This, through sheer power, forced the appendage to retain much of its power, though not all. Next he utilized the Force to crumble the Horn, applied it to the Kinetic Gel, then placed this within its own layer in the jacket.
Finishing with the mentioned silk lays, Damien made many pockets inside, as well as out to hold things comfortably. To end it all, he attached a small sheath like pocket inside of Valashu's jacket on both sides, to allow the heads of his Axes to be caught and thus hold onto both.
They both now possessed jackets that could take several blows from powerful weapons, with little worry for physical damage. Of course, that meant nothing if facing a Rancor or similar strength! They would be thrown and damaged - if not as much, yet still some.
Appearance:
Valashu's: Shamrock green leather, moss trim, midnight black stiching.
Samael's: Black leather, ultramarine trim, flint stitching.