The following is a journal kept by Kalanda Tishire. Unlike recorded journals, this one was written in it by hand. It’s cover is ragged and worn, suggesting several years of use. 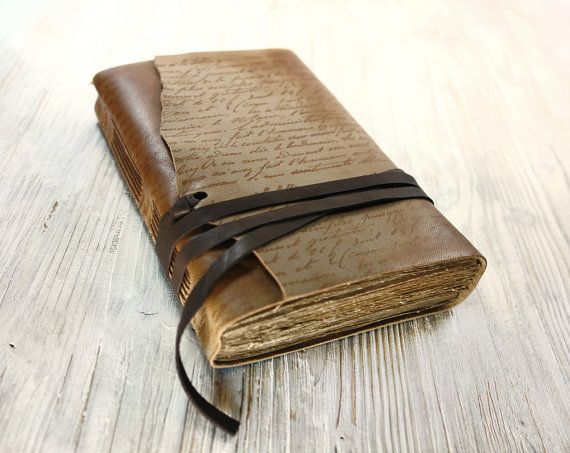 First Entry (851 ABY): Dear Diary, least I think that's how it's supposed to start? Anyways, I managed to swipe this book the other day when mother wasn't looking; I can't read most datapads anyways, so this seemed like the best alternative. She's always writing things down in her book so she won't forget, so I figured I'd do the same thing. Though that's another topic all on it's own. I'm not sure what's wrong with my Mother. I can tell when she's upset or angry, but whenever she looks at me that seems to be when her emotions strike the worst. I've tried to strain myself with the training, trying to stop showing so much concern for her well-being, but nothing seems to work. I just don't understand. I miss my dad.

Second Entry (852 ABY): I think mother found out about the book. But she didn’t seem bothered at all. She said that I needed to practice being ‘neither seen nor heard’. I asked her what that meant, and she only scoffed and blew the question off. I don’t understand her sometimes. The thought of leaving has crossed my mind, but mother has her good days too. I don’t want to leave her all by herself.

Third Entry (852 ABY) Mother is wanting to switch up my training regimen. I’m not sure what she was referring to, but she said she had a potion she wanted me to take. I don’t care for mothers’ homemade medicines, but I haven’t seen her this excited in a long time. I’m hoping this means she’s happy with my progress.

Forth Entry (852 ABY): The pain has gotten worse, but Mother refuses to do anything about it. Every time I ask her for water she lectures me about needing to be strong, to push through the pain, but I just want it to end. I can’t sleep anymore. Whenever I close my eyes I swear I see these women staring at me, pleading to me for help. Why won’t mother tell me what is going on? Why is she doing this?

Fifth Entry (852 ABY): I’ve been getting better, but Mother seems more incensed than anything about it. At first she kept asking me how I felt, so I thought she was concerned, but when I told her I was feeling better she went on a tirade. She locked me in my room yesterday, and won’t answer me when I call for her. I can hear her sometimes, mumbling to herself about how ’it was so much easier last time’. I think she tried to poison me. I just don’t know why.

Sixth Entry (852 ABY): I left home. Mother has never been so foul before. She told me we were leaving Ryloth, something about going back home when I told her I didn't wish to leave. I had expected to be struck, but she tried to strangle me. She was shaking with rage, such that I haven't seen before. She had some of her sense return, then she tried to lock me in my room, but my illness payed off; slipped right through the bars like I hoped. I'm not sure where to go anymore. I haven't heard from father in so long, and mother always told me that he was no longer around. I wouldn't even know how to reach out to him. She'll come looking for me soon. I need to get out while I can. I don't want to go back. My stomach still hurts, but it’s manageable now. I just don’t know where to go now. It's starting to get cold.

Seventh Entry (852 ABY): I’m lucky to be alive right now. One of the Obsidian Knights found me, brought me in before I froze to death. Mother is screaming at me, I can sense her in my mind’s eye, I can hear her when I sleep. They keep asking me who hurt me, but I know better than to tell them. They can’t stop mother. I don’t want anyone else to die because of me. I just pleaded with them to take me off the world. I think they’re going to help me now. All I can do is hope.

Ninth Entry (854 ABY): I just got this back from the Matriach. Only took two years, but here it goes. Dathomir is…strange. It reminds me of my mother. Beautiful, but dangerous and unsettling. The sisters don’t trust me, but they have been something akin to nice for most of my time here. The Matriach, she doesn’t want me using her real name, told me that I carried a great weight with me. I thought she was talking about my past life, but she only gave me a cryptic answer. 'Something old and something new festers within you'. It was a tad creepy, but that's been her thing for a long time. I'm just eager to leave here, finally put my skills to use. First stop, medical school!

Tenth Entry (857 ABY): Okay, so I totally thought I lost this thing, then I realized it was under my bed (oops). I went to Chad to deal with some of the refugees coming down with Swamp Fever when Sith Troopers came out and detained me. That wasn't anything new, they always pull that stunt. But I met a new friend, she’s a Sith, and a very nice one at that. I couldn’t help but notice she seemed sad. Her name’s Amur. We had a rather productive talk, and honestly, she opened up far more than I was expecting her too. I think she needs help; like professional Kala level help. I’m going to go visit her again. It’ll be fun.

Eleventh Entry (857 ABY): Okay. A lot has happened and I don’t even know where to start. I went to go see Amur on Dromund Kaas and got arrested (go me!). Anyways, I dropped her name and she showed up way quicker than I was expecting. She bailed me out and I went back to her house; though I'm pretty sure I'm listed as a 'suspected drug dealer' in the database. While I’m not a fan of the Sith worlds, I’d be more than happy to go back to see Amur. I get the impression that she is interested in me, and I’d be lying if I said I wasn’t fond of her as well. This is just getting too complicated. BUT WE DIDN’T DO ANYTHING. I just made cupcakes, we hugged, and I stayed the night; not in her bed either so if you are reading this get it out of your head. I just wish I knew what I was doing. I’m fumbling through this, I’ve never had a connection outside of mentor-ships or work relationships, and this is something more. I need to go lay down. Until next time.

Twelfth Entry (857 ABY): I don’t even know where to start. I talked Amur into taking a ride in the Totoro, then we found a distressed Sith Frigate. I insisted we try and help them out, and Amur agreed to it; it was a mistake. I don’t want to think about the creatures we encountered there. But I killed them. I tore them apart, bit by bit, and I enjoyed every moment of it. A part of me tells me I shouldn’t feel that way, but I do. I had to for Amur. She makes me feel things. Strong things. She said she 'loved' me. I didn't know what to say, so I said it back, but I...think I mean it. I don't know. I've never dealt with this stuff. I just know when I saw her face I felt something, and I want to keep feeling it. She hasn't pushed me away so far, so I'm going to chase it. It's the most wonderful feeling I've ever known. She makes me feel safe, something I haven't felt in a long time.

Thirteenth Entry (857 ABY): I cut my ties to the CIS for good now. I can’t go back, not anymore. That’s not the problem though. The problem is the nightmares. I feel like Mother is looking for me again, I’ve been getting those feelings again. I spent the night with Murmur because I didn’t feel safe. She was still aching from our encounter on the frigate. I told her about Mother, and we finally kissed. I know, it took forever, but it’s done. I’m fairly certain this is what love is supposed to feel like, but I don’t know. I just like being with her, and I don’t want that to change. Mother best stay away if she knows what’s best for her.

Fourteenth Entry (857 ABY): There’s been some new developments, and in times like this it’s nice to confide my thoughts to myself instead of shouldering it onto Murmur. She's upset with me. I can tell. When she looks at me, she gets sad, her posture changes, and I can see the tension in her step. She seems happy at times, but I don't think she has faith in 'us'. I think she's scared of not being able to protect me. I told her I'd be her apprentice, do whatever she felt was best for us. She didn't seem confident in what I said. I just want her to stop being so glum. I just don't know what else to do.

Fiftieth Entry (857 ABY): Murmur. I don’t want you to worry about me, or any of this. I know you are just doing what you feel is right. I’m just sorry I let you down. You always told me to avoid these situations, to not get involved with fighting. To just run away and stay out of it, but I just couldn’t listen, and now here we are. I’m going away for a while. But when I get back, I’ll be worthy of you, and you won’t have to worry about making 'us' work. So, just hang in there until then. Okay? I’ll keep in touch.