This is now the Symbol of Commenor's Oppression... 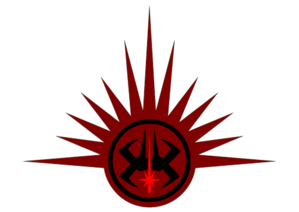 ​
It's been a while since I last wrote one of these, so much has happened that it's going to be difficult to recall upon it all but most significant was Commenor's fall to the Sith Empire. They blockaded our territories and systematically bled our worlds of resources, cutting off the circulation of supplies and trade which many of the outside powers in this Galaxy paid us for. Our Import and Export business to most of the larger government powers were part of what kept our relationship's with one another peaceful, as well as financing our military and civilian population and growth.​
[member=Asaraa Vaash] and I just barely escaped the Siege of Commenor, the Sith were everywhere. The Capital City's shield fell and they flooded the streets killing anyone that hadn't already gotten out through the underground channels Mom had had built ages ago. [member=[size=4]Loreena Arenais] had rigged a lot of them with traps, she's pretty handy with that sort of stuff which I had no idea about honestly but we heard lots of them go off when the Empire's forces started going after the Civilians.[/size]​
Chasin City wasn't the only target though, Munto City was entirely glassed from Orbit by the Sith Fleet. Eight Million people dead in an instant because Mom refused to surrender to the Sith and let them take all the refugees from the Galactic Alliance world's. That's what this whole thing was about after all; when the Galactic Alliance fell to the Sith Empire, the Commenor Systems Alliance took any who sought help into their world's. It's what we're known for, offering sanctuary to people in need. But because of this, the Dark Lord of the Sith threatened our Family and when Mom told him to get lost, the blockade was put into place.​
Despite all our supposed friends in the Galaxy, few came to help us and none could challenge the fleet the Sith had brought. Our ships were scattered across our worlds trying to defend our people everywhere. Dad had already been captured, though we didn't realize until the Emperor broadcast his capture to the World and demanded our surrender. Somehow, he escaped...-But Mom gave in after Munto City was destroyed and we were forced to evacuate...​ 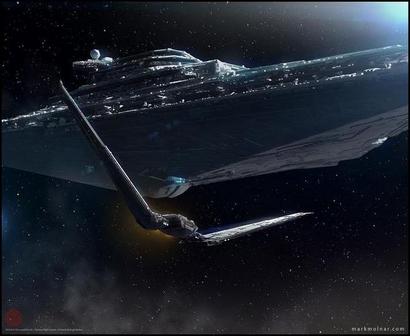 This is the CSA Resolute,
...-The Command Ship Dad had made for our Family and Commenor's defense.
​
I guess for the moment this is where my Family's supposed to call home. Dad's called a meeting for anyone willing to fight for the freedom of Commenor and [member=[size=4]Lady Kay]'s rescue. It's a battle that's probably going to get a lot of people killed. The Sith have such a massive fleet and I'm not sure how many Ship's we're going to be able to amass. Right now, I'm on the Peace-Keeper with Asaraa and Lexus though. We're going to try and sneak back home using some old Imperial IFF codes...[/size]​
-Naturally Dad has no idea. He's probably gonna be pretty steamed about it but...Well, I don't really care to be honest. I'm tired of watching people talk about acting while Mom's down there being a slave to the Sith and our people are being treated even worse. The Sith killed so many innocent people, Commenor was always a world of peace and freedom and they destroyed everything my family had built...​
I know I can't free everyone...-But if I can reach out to Mom and let her know she's not alone down there then that's a start.​
​
​
​