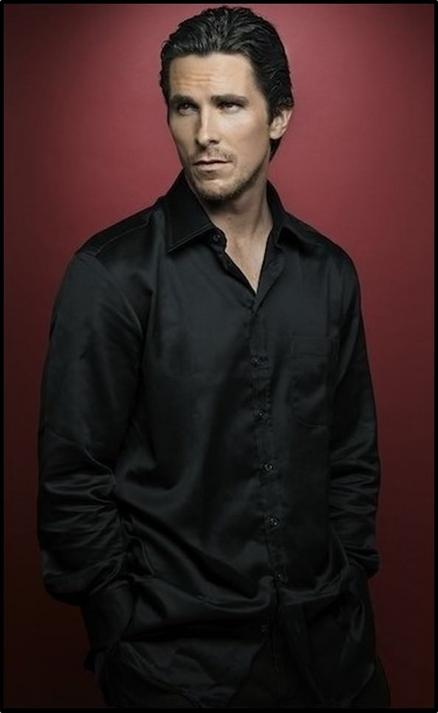 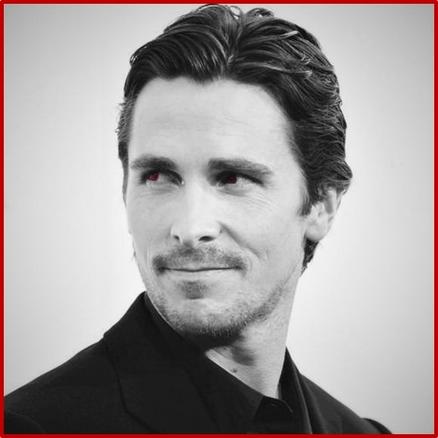 Ouroboros, also simply known as Yuri or Yuri Ouroboros, is a young adult Anzati. He is a moderately attractive male of a decent height who possesses a lean but muscular figure. He has no distinguishing marks or tattoos, thanks to his regenerative capabilities, and has nothing immediately denoting him as anything but a rather forgettable near-human. Yuriâ€™s raven hair is often slicked back at a longer length and he is able to support a variety of facial hair styles, most often maintaining a short, well-trimmed, goatee. Whether at a formal affair or on the job, Yuri prefers to wear black attire. His crimson eyes are perhaps the most striking aspect of his physical appearance, with their brilliancy dependent upon his mood. A long muscular proboscis, resembling a tentacle, is discretely concealed in a cheek pouch under each cheekbone. They are used for draining the life essence of other sentient beings and are typically only uncoiled during feeding sessions. Otherwise they are completely concealed.

THE HUNGER: Like all Anzati, Yuri is cursed with a constant desire to consume the life essence, or â€œsoupâ€ of others. The consumption of soup takes the place of any need to consume food and can even strengthen oneâ€™s connection to the Force if the victimâ€™s life essence is sufficiently potent. At first, the time in between feedings can be as long as several months in young Anzati, however the frequency increases with age. The oldest of Anzati exist in a constant state of starvation which brings about a slow descent into insanity. This inevitable stage of insanity can be brought on prematurely should an Anzat not consume soup for a sufficient period of time and is characterized by twitching or shaking, emotional breakdowns, overwhelming bloodlust, mental insanity. It is the eventual fate of all Anzati, as the need for soup slowly overtakes oneâ€™s ability to acquire it.
PREDATORY SENSE: To aid their hunger, the Anzati have developed a predatory 6th sense which is able to gauge the potency of the life essence of sentient beings around them. The potency of life essence, or â€œsoupâ€, is determined largely by the presence of oneâ€™s personality and the strength of their spirit. This 6th sense is also useful for identifying potential force users. While force sensitivity and the potency of oneâ€™s soup are importantly different, they are often strongly correlated. Lastly, this 6th sense operates independently of the force, and can be used to detect sentient beings that are otherwise hidden from the Anzati.
HYPNOTIC GAZE: The gaze of an Anzati carries hypnotic powers, opening their victims up to suggestion and emotional manipulation. Though not as powerful or controlling as the mind tricks practiced by force users, the gaze of an Anzati can be potent to the weak minded and emotionally vulnerable when paired with a disarming smile and silver tongue. Though this ability operates outside of the Force, the hypnotic effect fades if eye contact is broken. 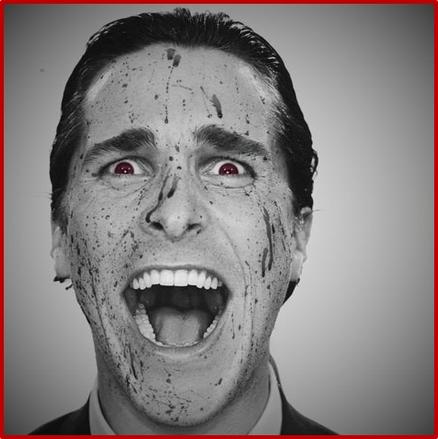 LONG LIFESPAN: The Anzati are cursed with a long lifespan, approximately ten times that of the average human. This does allow Yuri plenty of time to accumulate wealth, pursue his own interests, and hone his abilities. However, this existence comes at a great cost, as establishing meaningful relationships with lesser beings seems rather futile in an ever changing and ever aging galaxy. Yuri will witness the passing of dozens of generations utterly alone.
HEARTLESS: The Anzati possess no cardiovascular system and thus no heart, pulse, veins or blood. It is therefore impossible for an Anzati to bleed to death or be detected by thermal vision. The lack of a cardiovascular system also allows Anzati to maintain a rather high endurance and renders them cold to the touch.
REGENERATION: The Anzati prove to be extremely difficult to kill thanks to their regenerative capabilities. This incredible trait allows small cuts and bruises to heal within seconds, more serious cuts within minutes, and broken bones within hours. More catastrophic damage such as amputations may take several days or weeks to heal. The only surefire way to kill an Anzati is to destroy its brain entirely, which is most commonly achieved through cremation or other methods of disintegration. It is important to note that though Anzati possess resilient regenerative capabilities, this does not negate their ability to feel pain. The regenerative process in many cases can be quite debilitating and painful. Fire damage significantly reduces the rate of regeneration and is thus excruciatingly painful for an Anzati to endure and recover from. Other cauterizing agents such as lightsaber wounds, blaster wounds, and force lightning have a similar, though reduced, effect on the regeneration rate.
HEIGHTENED REFLEXES: Possessing incredible endurance, the Anzati are faster and stronger than the average human. Though this physical advantage is something that can be overcome through the Force or with serious physical conditioning, Yuri usually possesses a physical edge over those of a similar build and training. 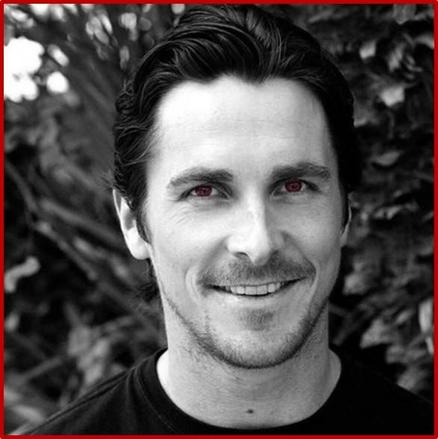 EMPATHETIC: The best hunter is one that understands his prey, a maxim which Yuri has taken to heart. He possesses an extraordinary talent of understanding the emotional turmoil of others, lending him the tools to easily create the faÃ§ade of a very caring person. On a rare occasion, Yuri catches himself slipping into the realm of genuine feeling which often leaves him uncomfortable and a bit confused by his own emotions. He can easily sense how people feel and has a good understanding of how people think, thus Yuri makes for a great conversationalist and caring friend. His empathy is his greatest, most human, and most dangerous strength. Rarely ever genuine, Yuri is a master emotional manipulator.
SILVERTOUNGED: Confident and charismatic, Yuriâ€™s silver tongue is his sharpest weapon. He can maneuver his way out of most situations with relative ease, and his ability to carry entertaining conversations and friendly body language really makes him a magnet at social events. Interactions with him are often very pleasant, though perhaps not very memorable. He treats strangers as if they were dear friends long lost in time, listening to them as they would like to be listened to, understanding as they would like to be understood. Of course, this is all just a facade, merely a tool used to get Yuri what he wants.
INTELLIGENT: Yuri is undeniably smart. He has a sharp wit and an ability to absorb information around him. Possessing an appetite for knowledge in a variety of fields and an already long life of experiences, Yuri has cultivated a general knowledge in most areas. However, he has yet to find something that he is truly passionate for. 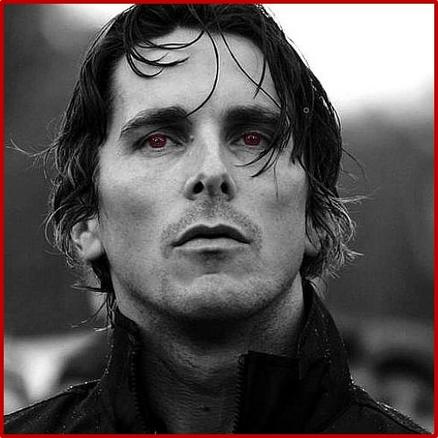 EGOCENTRIC: An egocentric mentality is the natural product of a long lifespan. Yuri, a rather young Anzati, has already seen the passing of over a dozen generations. He perceives the act of establishing any meaningful relationships or devoting himself to any cause as futile. People die, empires fall, and yet Yuri lingers on. In an ever changing and every aging galaxy, the only constant in Yuriâ€™s life is himself and thus the only cause worthy of his devotion is that of his own. Yuri views everyone but himself as a source of life essence, whether he likes it or not. On one hand, he does not like needless waste of life, and therefore soup, yet not above discarding the lives of others.
CRUEL: In a troubled effort to compensate for his lack of self-control, Yuri absolutely loves the control he enjoys over the minds of others. He is not above playing with his food, a horrifying thought at the hands of a powerful mentalist such as himself. As a result, Yuri can be unnecessarily cruel to those who are at his mercy, often projecting his hatred for himself onto others.
LONELY: Beneath Yuriâ€™s facade of a pleasantly perfect man lies a painfully lonely monster. He is isolated as a superior being, destined to outlive and consume all those around him. Yuri is prevented from establishing any meaningful relationships by his persistent hunger for the life essence of others. Those that make for the best relations also posses the most appetizing soup. His loneliness and his lack of self-control coalesce into a fierce self-loathing which serves as the foundation for all his motivation. Hating himself makes him stronger.

Yuri has a very ignorant perception of the Force. Most Anzati view force abilities as a blessing from the Sea of Memories, a power derived from their consumption of soup, or simply an evolutionary trait. While Yuri has long doubted the superstitions of his Anzati brethren, he has always viewed his force sensitivity and corresponding abilities as an extension of himself, an evolutionary tool to be used in the acquisition of soup. He does not associate himself with the Force, as he has never given the Force any serious thought, disregarding the concept of â€œthe Forceâ€ as a philosophy of those who try to comprehend the power of stronger beings. Oh, how wrong he is.