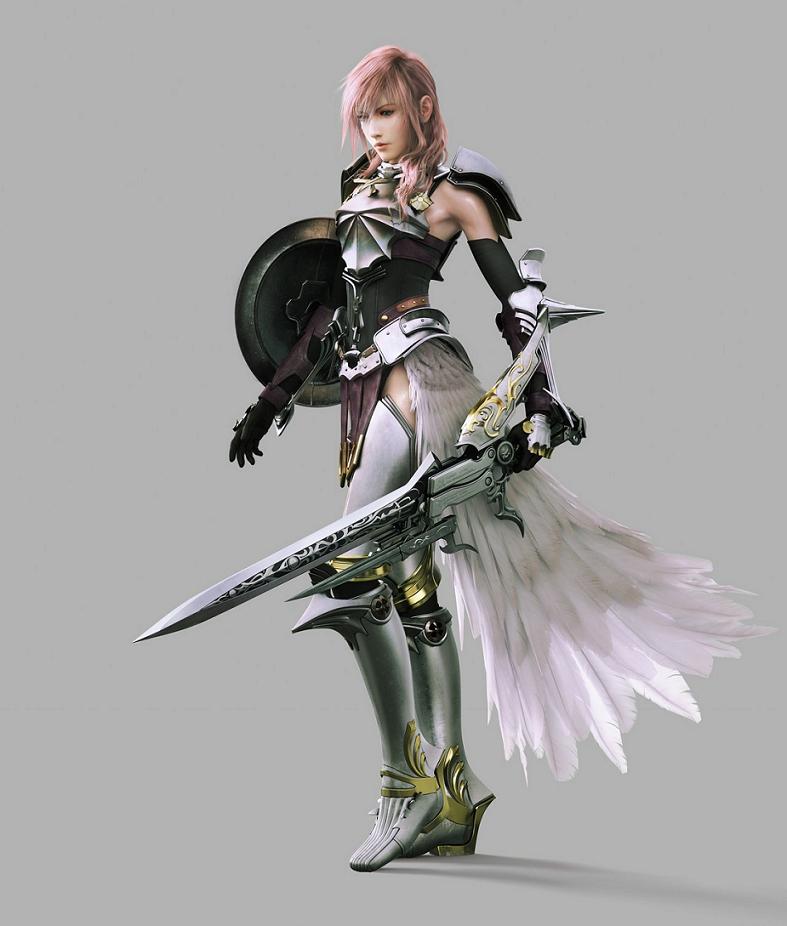 Above image does not come with the weapon. Just the armor exclusively​
Mandalorian Helmet design - Source - Image has been altered to match armor.​

Image Source: Final Fantasy 13-2, Lightning armor.
Intent:Development Thread: Many will be done.
Manufacturer: Zoey, others will be added later.
Model: S-4133 "Goddess of Protection" armor.
Affiliation: Zoey/Pyrrha specifically, Moross Crusade
Modularity: None.
Production: Unique
Material: Classification: Anti-Blaster, Anti-Lightsaber, Anti-Melee
Weight: 17kgs
Quality:Strengths: Weaknesses: Special Features: Description:
Pyrrha needs armor that represents her more as a follower of the Moross Crusade, as well as the mandalorians that she finds as her brothers and sisters away from the Crusade. She already has been somewhat immersed into the Faction and it's ideals, as well as partook in an Invasion on Empress Teta. she already owns a beskad, and plans on having more from the mandalorians as a symbol of power and ability to be one of them. By making this armor, she seals her end of the deal with joining them. Forever serving the Mandalorian Clans, as well as the Crusade.

Built just for her body, The plate armor looking much like a Knight or even a Spartan body figure, it is composed mostly of Beskar (Mandalorian Iron) with some Rusaan Copper for accents, armorweave underneath, and leather to hold plate armor over the top of Leviathan bracers to provide more protection. While she could have the chance to use Crushgaunts, Pyrrha chooses not to simply because she sees no need for it. She is not catching lightsabers with her hands because most of the time she is using a shield or her besakd.

The reason that She is able to more more quickly in this suit of armor than others who may have the same materials, is because she uses less of it to allow her more movement. As a person who will be mostly dealing with Lightsabers, and blasters, She can easily defend against those and feels that should a slugthrower come her way, she will be able to react to it. (Not likely but she is headstrong enough to believe that.)

The Shield is simply made out of Duraplast to provide good protection, without being super heavy, and can still be used as a regular weapon to bash someone's face in at a very close distance. It can withstand two strikes of a lightsaber blow, and will likely be changed out when a lighter, more lightsaber resistant matieral is availble.

This is still a Major work in progress. More will be added, or taken away depending upon other's ideas, the actual creation of the sword, as well as the threads leading up to the creation. If you have any qualms, or concerns of the sword, please post. Challenge me every step of the way.