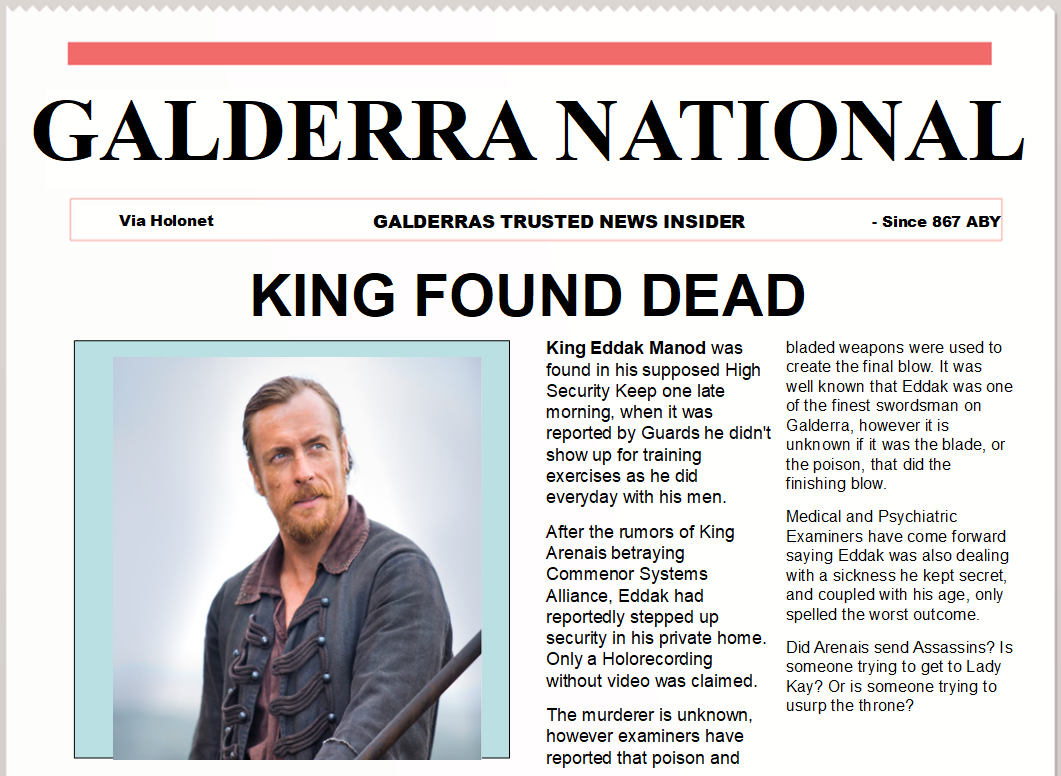 Queen [member="Lady Kay"] of Commenor has been contacted for help in these trying times, to figure what will be the future of Galderra. [member="Bradshaw Ku"] , crownprince of Commenor, has been contacted as he may be requested to be the temporary ruler of Galderra until a new one is chosen. It has been revealed that [member=Jairdain] , Advisor to the Crown Prince, was someone who was considered trusted by Eddak. He was part of his final words and contacted, and also offered the same position. During this, [member="Ailred Vruumond"], Eddaks most trusted Admiral, has been sworn into ownership of Galderra Royal Treasury. It is unknown what will become of the Kings royal forge.​