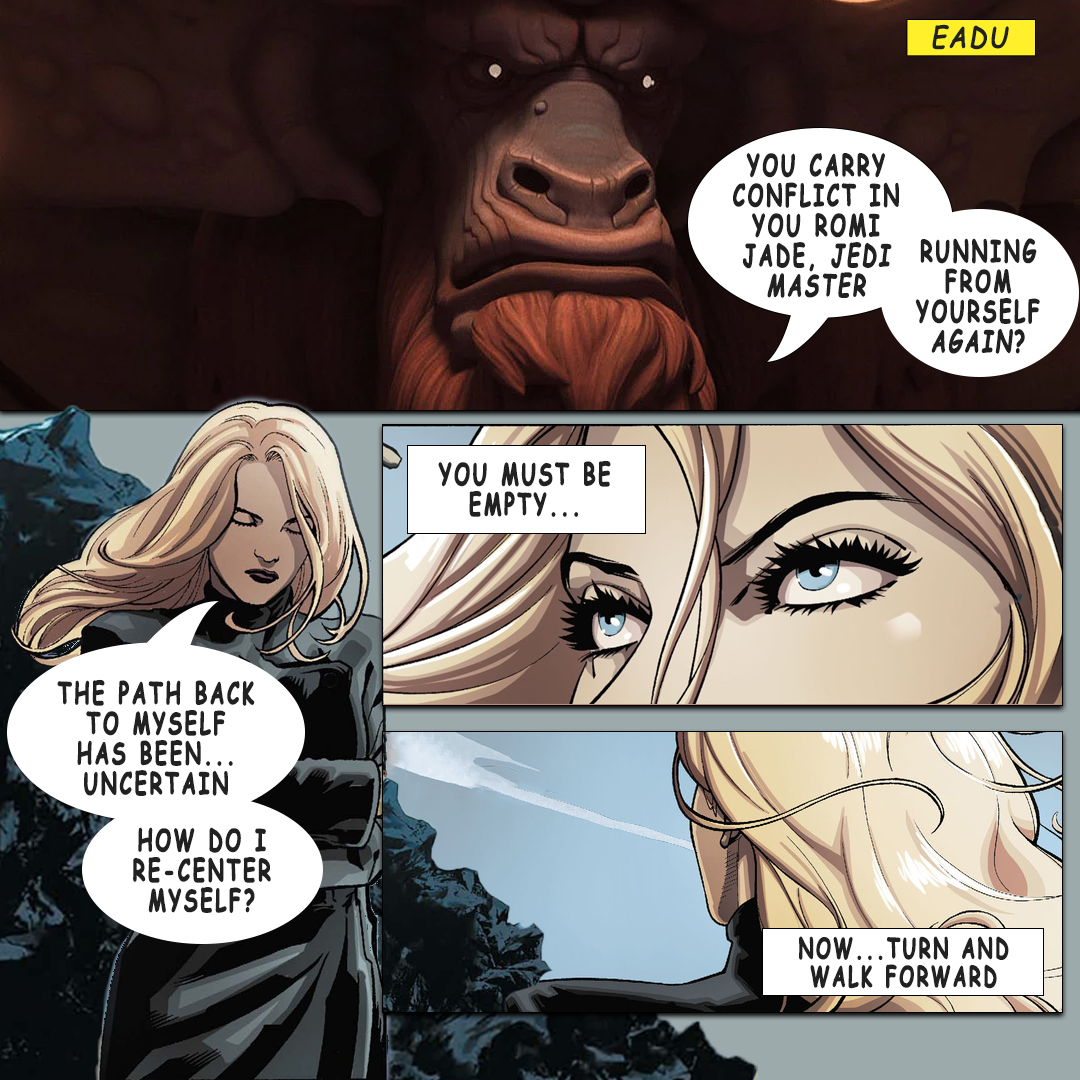 ​
She tottered along the edge of the peak, "Eh, i'm not so sure this is a good idea..."
"And why not?"
She backed away from the edge, "Because I could plummet thousands of feet? Fall to my death..."
"Could you Romi Jade? How do you know that?"
She'd surveyed the cold and gray forest of damp rock on her way up, and was largely looking down upon them now. Sigh "I can see it--"
"Good. Keep walking..."
The Jedi stepped forward, the wind whipping her hair and snapping her cloak. She allowed herself to fall forward from the top of the Bendu's rest. The wind rushed past her, a growing wail. Her outer cloak began to whip around her form in the bitter wind. At some point, her skin had grown accustomed to the wind, and she couldn't feel the cold anymore.
But, she could already feel her spirit reaching a place of calm -- she'd ventured out passed onto the other side of uncertainty. Her weight shifted towards the edge of the drop. She closed her eyes.
As if in a dream, she'd come to relive her time at the Praxeum and the ascension to follow. Her travels to Eadu the first time, and her training under the Morgukai. They felt real...every emotion came pumping through her as if she'd reverted through time and stood where she had before. The war...the Sith poison pumping through her veins.
This isn't real, Romi realized. Now, she was suddenly aware of her own consciousness observing these past events as they unfolded. These were visions...
And with a gasp, she was brought from her visions back into reality...breathing in tandem with the unrelenting rain. Her skin was warm -- she'd landed in some sort of spring; lukewarm caverns.
Stripping herself of excess layers, she clawed her way out of the pool.
Perched up, she committed herself to meditation.