This 2017 American period drama, set during the 1967 12th Street riot of Detroit city, is directed by Kathryn Bigelow and stars John Boyega, Will Poulter, Algee Smith, Jacob Latimore, Hannah Murray and Anthony Mackie.
As segregation sweeps America in the 1960s, Detroit police raid a black veterans celebration in an unlicensed club which sparks a series of violent riots across the city with the police, army and National Guard drafted in to stem the rioters and looters.
A number of black citizens, including singer Larry Reed (Smith), security guard Melvin Dismukes (Boyega) and Fred Temple (Latimore) are swept up in an incident at the Algiers Hotel when a starting pistol is mistaken for a sniper shot. Racist, heavy-handed police officer Philip Krauss (Poulter) moves in with his men.
As the suspects are physically and mentally berated in the Algiers as Krauss strives to find the gunman, many civil rights are stretched to breaking point. Tensions rise, as does the body count, when the evident segregation becomes blurred, and justice is lost in a turning point for America and its race warâ€¦
Following on from the much lighter story of 1960s American segregation in â€˜Hidden Figuresâ€™ from 2017, we have another glimpse at the topic of racial tension in a much bolder, brutal account of the time from director Kathryn Bigelow known for her similar brutal glimpses of reality in the likes of â€˜Zero Dark Thirtyâ€™, â€˜K-19: The Widowmakerâ€™ and â€˜The Hurt Lockerâ€™.
While the film doesnâ€™t offer anything new in terms of what we expect from one of its genre and setting, it at least helps tell a story with some superb talent in front of the camera that help you really invest in the characters. They draw you in, make you feel their emotions and thoughts, and leave you in a state of disbelief and / or shock at their actions and morals. Bigelow doesnâ€™t hold back in showing a stark realism to her story set in the 1967 Detroit riots.
There is an obvious indication as to who is â€œgoodâ€ and who is â€œbadâ€, or is there? Not all white men and women here are as racist and brutal as the front-runner in Will Poulter, playing another of those wicked characters itâ€™s easy to hate more and more during his performance. He is cowardly, aggressive, callous and nasty. Itâ€™s chilling to remember that members of the police were as harsh as this. Poulter plays a predictable role, but one where you just donâ€™t know how far he will go in doing what he believes is right, and also if justice will catch up with him. He has come a long way as an actor, and I guarantee he and his colleagues Ben Oâ€™Toole and Jack Reynor will leave your blood boiling as the credits roll.
Algee Smith, Jacob Latimore, Jason Mitchell and Anthony â€˜Falconâ€™ Mackie play a host of black characters with different backgrounds and personalities brought together by the riots and lumped into one category; suspects. No matter what they do, say or act like, the relentless power of the white police force maintains these men as suspects, and treats them like animals. They are beaten physically and verbally, but they donâ€™t crack. Itâ€™s awful to watch, and itâ€™s uncomfortable at times where barbaric acts are carried out in a piece on 50 years old. Itâ€™s nothing but a scary, sobering reminder of how our world saw people at times, and how even now it bleeds into modern society.
John Boyega, for me, steals the scenes he is in with a quiet, smouldering presence like a young Denzel Washington who can convey so much with his facial expressions and physical acting. He acts as a link between the two rioting sides, between the suspects and the police, but his story is one of the more powerful to see flesh out. The man can act, and you easily forget the fun of Finn in â€˜Star Warsâ€™ when he comes across as authentic and grounded here as a security guard trying to keep the peace and do what is right.
Itâ€™s not all rainbows and happy endings to many of these characters journeys. Some will suffer at the hands of the law, others will simply escape it because of their skin colour. Bigelow doesnâ€™t need to wrap everything up where you can cheer and breathe a sigh of relief; where we are now stands as testament to the eventual outcome of the racial movement, so she takes the liberty to show a resolution of reality. From urban thriller, to psychological horror and courtroom drama, the genres change across the 2hrs 15mins and it leaves you questioning just how hard life was for people in that era, and not just for the back people, but also the white people caught up in a way of life they didnâ€™t want.
The run time itself does get noticeable towards the end. I found myself ready for the story to end, but it kept on going. You could shave a good 15-20mins off and keep it a little tighter. The second act in the hotel goes on a little bit more than needed, and the final act also sags now and then, built around the â€œcourtroom dramaâ€ finale. The establishing opener is pretty decent in setting the mood, the era and the lifestyle people live in, and the look of the film itself, spliced with actual imagery and footage of the riots, is very authentic and just what youâ€™d expect.
Overall, the message of the film is nothing new. The genre is nothing new (but it certainly throws lots in to keep you hooked). The era is nothing new. But, as with most things, itâ€™s the way itâ€™s packaged that sells it. A host of talented actors, a very mature theme and a more focused look on the brutality of how humans acted to one another makes this a very interesting and powerful film to watch of a continuously fascinating chapter in American history. 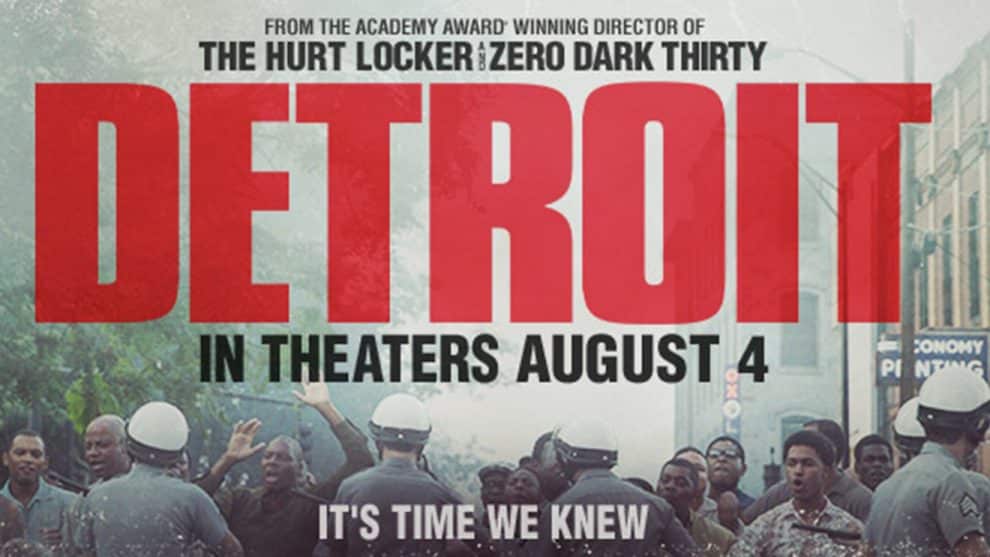