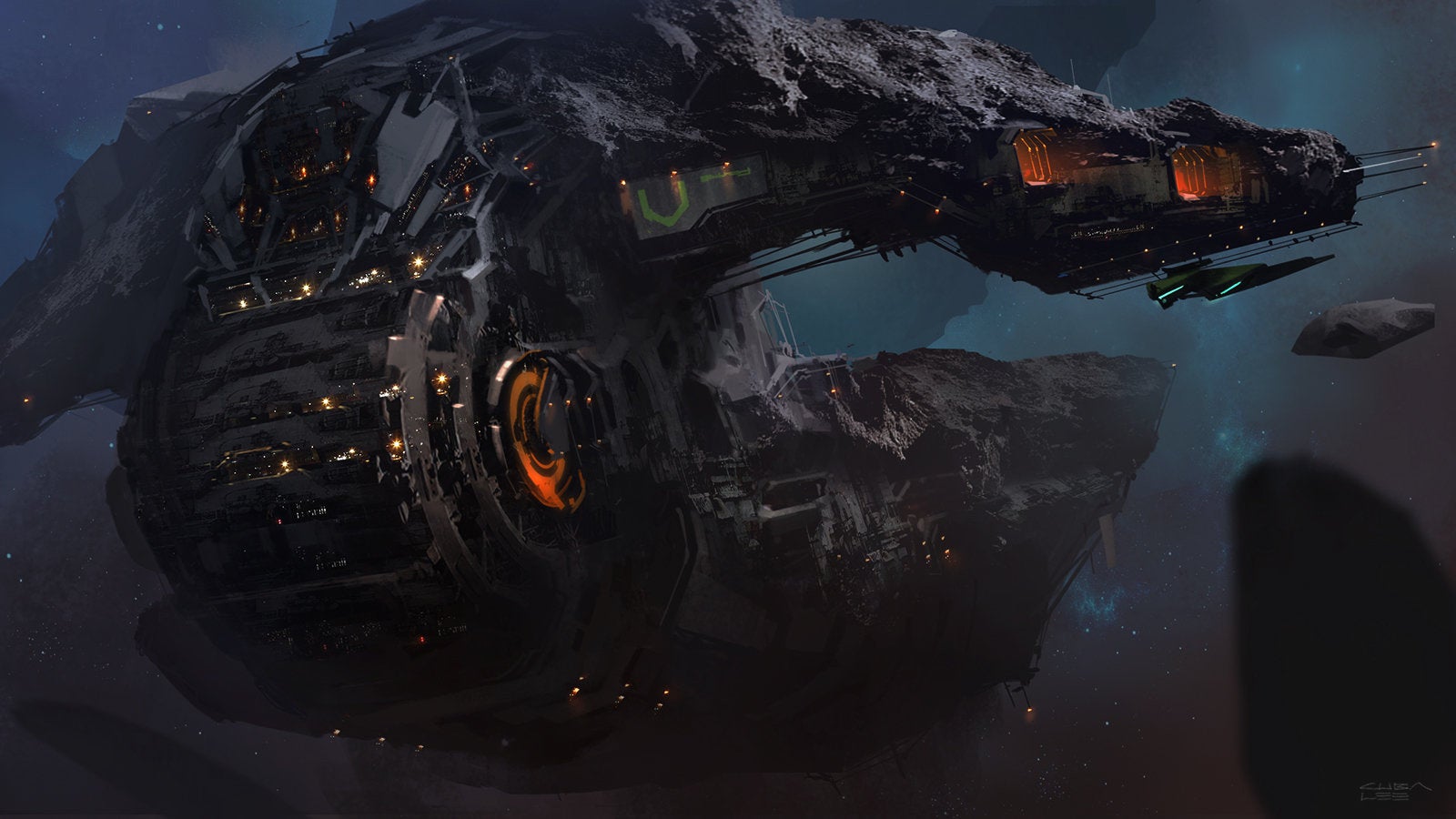 Image Source: Page has been deleted
Affiliation: Mando Factions and select buyers.
Manufacturer: Clan Kryze Shipyards
Model: Death Class Star Destroyer
Modularity: No
Production: Minor
Material: Durasteel, Asteroids welded together.
Classification: Destroyer
Length:1690m
Width: 1400m
Height: 800m
Armament: 18
Flak: 14
Defences: 17
Point Defence: 14
Hangar: 1,
Docking Bays: 3 Corvette sized Docking bay's in the rear "tail"
Special Features: Rear docking bays, tractor beams;
Maneuverability Rating: 19
Speed Rating: 19
Hyperdrive Class: 1.5
Strengths: (Provide, in list format, a minimum of 1 strength of this submission.)
Weaknesses: (Provide, in list format, a minimum of 1 weaknesses of this submission.)
Description: Found among the designs in the ancient Arakanian Temple, The Death Class Star Destroyer was the first class of ships to exit CKS's shipyards after Titan returned from the Temple. Housing a Hypervelocity Gun grants the Death Class Star Destroyer a huge amount of fire power, though this retroactively lowers the space for anti-starfighter, and defence systems. As well as making the ship significanely slower, the ships were constructed using a durasteel frame, with asteroids being hyperspaced in before being welded to the frame, the asteroids were nessacary to give the ship any defence at all other than the small amount of deflector shields the ship has. At 1700 Meters long it is slightly above the mid length for ships of its size. With four, small fighter bays,each housing a quarter squadron make up its fighter complement. With a width of over half its length the extra room provides more room for defensive emplacments, such as point-defence systems or Flak cannons. It can house a small number of corvette's in its "tail", alongside its fighters. With the firepower of more than half a starfighter wing, it can destroy small asteroids and other ships of its class, and ships smaller of it more than easily.
Development Thread:

Infinite Knowledge(~30 Posts)
Intent: To reward myself for a ~30 post Dev Thread, by making a Highly Powerful Star Destroyer for the varying Mando factions