http://img28.fansshare.com/photos/islafisher/isla-fisher-hair-833321226.jpg​
NAME:​
FACTION: The Galactic Republic​
RANK:​
SPECIES: Human​
AGE: 23​
SEX: Female​
HEIGHT: 5'3" [1.6 meters]​
WEIGHT: 126 lbs. [57 kgs]​
EYES: Light Brown​
HAIR: Reddish Brown with Blonde​
SKIN: Medium​
FORCE SENSITIVE:​
Force Sensitivity was within Caedyn's family, there were some who where and some who were not. It was nothing out of the unusual for one generation of siblings to be Force Sensitive, while another, in the same family was not. This was the fact with Caedyn and her brother Cayden.

She was, while he was not.​

STRENGTHS [SilnÃ© strÃ¡nky]​
Bravery [Udatnost]: Not the kind of young woman who shrinks away from any threat, challenge, difficulty, or pain. Caedyn acts on her convictions if even they are unpopular.​
Persistence [Vytrvalost]: A young woman who finishes what she starts; persisting in any course of action in spite of obstacles.​
Integrity [Integrita]: A young woman known for the strong conviction of taking responsibility for her feelings and actions.​
Vitality [Vitalita]: Since the cycle of her birth, Caedyn has always approached life with excitement and energy, thus giving her a strong feeling of being alive as she grew into young womanhood.​
Love [Milovat]: Caedyn values highly the close, loving relationships she has with members of her family and others, in particular those in which sharing and caring are reciprocated back in kind.​
Kindness [Laskavost]: Her good deeds and works in the service of others are known from the Core Worlds to the Outer Rim.​
WEAKNESSES [SlabÃ© strÃ¡nky]​
To some, her bravery and persistence were seen as weaknesses. There were the times she proceeded head first into a situation, then after too much it becomes, she was to keep on though she should have asked for assistance.​
The strong desire within her to be of service to others, at times had been mistaken for weakness. There were those who at times sought to exploit her kindness.​
BIOGRAPHY [Å¾ivotopis]​

Cayden, Brother of Caedyn, senior to her by five life cycles.​ 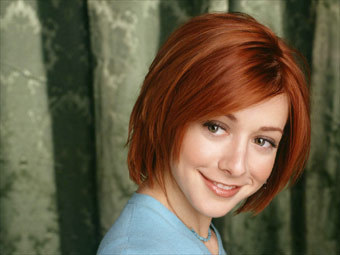 Callie, Cousin of Caedyn and Cayden, senior to her by two life cycles.​ Cooper, Friend of Caedyn and Cayden. Senior to Caedyn and Cayden by several life cycles.​
Words of greeting, I am Caedyn, Nobellese Oblique of Cesia and also a practioner of the healing arts. My brother he is known as Cayden, our parents Araneya and Caeden,​
SHIP:

E-2T medical shuttle, also known as the E-2T medshuttle, which was commandeered by my brother Cayden then given to myself afterward.​
KILLS:
None​