Brother, My Brother || Part I 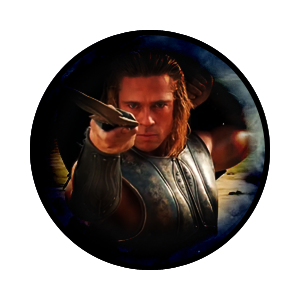 Guard duty was a thankless role.

As one of the few gifted with the Force, Abel usually did not have to attend the more mundane happenings. More often than not, he was acting as a battering ram for the Black Sun. The Vigo would toss him at rival gangs like a blood hound, and for his services there was always a stack of credits - and a few choice drinks. Tonight, however, all the movers and shakers of the organization were under one roof. And if any organization wanted to cut the head off of the serpent, it would be by attacking at this very moment. So, Abel was stuck on guard duty. He understood the reasoning behind the call, but it didn't mean he had to like it. Fortunately enough, he had decent company for the gig.

Tonight, the alleyway behind Panam's was where he was posted. Both he and a cyborg named Graves. For what felt like a small eternity, the two passed a cigarra back and forth. Idle chatter was the name. Waiting for the head honchos to get bored was the game. By all accounts, the evening was quiet. That all changed when a figure began to make his way down the alley. In that moment, Abel had stepped behind the dumpster to relieve himself - leaving Graves as the first responder. "Got a live one." he said, before striding off to meet the figure. Abel peered over the lid of the dumpster, watching as the cyborg stopped the intruder in his tracks.

The figure made no attempt to resist, but rather pointed towards the dumpster. Towards Abel. And oddly enough, Graves came back to retrieve him.

Abel's eyebrows rose as he stepped from around the dumpster, wiping his hands on the rear of his pants. "And he is?" Graves simply shrugged his shoulders. "Wouldn't say. But. He is a Jedi." Now that was interesting. And it damn sure didn't bode well. It wasn't a secret that the Pubbies were sniffing around Hutt Space, just looking for an excuse to bring "civilization and prosperity" to their corner of the Galaxy. And for any upstanding criminal scum, such as Abel and Graves, being associated with those folk was career suicide. Thus, Abel threw his hands up and shook his head.

"Pause. Hold the feth up. You saying a Jedi is asking for me I don't know any frackin' Jedi."

"Well, he sure as chit knows you. Dropped your whole govment name and errthang."

Abel simply shook his head and stepped over. The sooner he buried this problem, the sooner he could get on with his night. As he stepped within arm's reach of the figure, he noted that the man was wearing the iconic robes of a Jedi. Poodoo brown and itchy. But, what mattered more was the face beneath the hood. It was hard to make out in the dim light of the alley, but when Abel saw? He knew right away. And boy, did his face turn into a scowl. "Oh. It's you."

"I figured that you wouldn't be thrilled to see me, Abe." came the Jedi's response. Reaching, he lowered his hood. For the first time in years, Abel looked upon the face of his elder brother: Josiah. That unfracked things ever so slightly, but also opened a whole new can of worms.

"Well let's see. Mr. 'Let me just ditch my family and frack off' shows up and I'm supposed to roll out the red carpet?" came his response. On paper, the words were harsh, but they were entirely accurate. Josiah, quite some time ago, got a wild Jedi hair up his ass. He packed his bucket o'chit and flew off to the Core to wave laser sticks around. That left Abel and their sisters helpless in the middle of Nar Shaddaa. Being the second eldest, that meant Abel had to pick up the pieces. Keep them all alive. That meant taking a gig as the Black Sun's bloodhound. Sure, the credits were nice - but he'd love to not potentially end up in a dumpster. And now, here came the frackin' hero.

"I didn't come to rehash my decision. We'll have time for that later. But you must hear me out." Abel could tell that the Jedi's 'high and mighty' attitude had infected his sibling. He sounded posh and superior. Damn near made him sick. "I ain't got to do jack diddly chit for you, Jo. The feth do you want, man?"

Josiah sighed. "I need you to pack your things and to gather our sisters. We need to head back to the Core, where it's safe. Hutt Space is going to come under fire. It's no longer safe for you all here."

Abel was at a loss for words. His foot tapped impatiently upon the alley's surface. His arms crossed upon his chest. For years, he had stewed on the fact that Josiah had left them in a literal dumpster fire. Then he comes back to play savior? "It wasn't safe when you left, nerf herder." was the response. The elder sibling raised his hand. "We were accustomed to the dangers of this place. But what's coming isn't like anything you've dealt with."

"Oh. I get it." Abel breathed. The frustration in his tone was growing by the second. "If we croak, you don't want that over your head. Might make ya look bad to all your Jedi pals. Well frack them and frack you, Jo. We don't need ya to save us. Turn right around and go back home."

A heavy sigh fell from the Jedi's lips. He shook his head. He had the nerve to sound disappointed? "I understand if you choose not to come. But I cannot let you place our sisters in harm's way."

"Pot, meet Kettle." Abel spat. He took a step forward and shoved. He wanted to do more - to pounce on the fether and to put some blows into his mug. But the fact was? He had a job to do and he wasn't worth it. Watching the Jedi stumble back a few steps would just have to do. "You don't get to dictate chit anymore Jo. I got my sisters just fine. We don't need you - you made sure of that."

Josiah steeped forward yet again. It was clear that his patience was thinning, and Abel was perfectly fine about that. "Abel. I can't force you to come. But I won't let you kill our sisters. Tell me where they are. Let them choose for themselves." That was the final straw. Abel said nothing at first, but simply shrugged off the Suns' jacket. "You got it messed up, Jo. It's your people coming to hurt my family. And that makes you a threat."

"Abe, I'm your brother. Stop."
"You quit being family when you fracked off. Now, you got two options. Leave."
"I'm not going anywhere."
"I was hoping you'd say that."

Abel reached for his belt. Upon his waist hung a relic Josiah would recognize quite well - the lightsaber of their father. 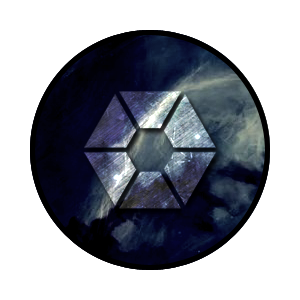