Itâ€™s been a good six years since weâ€™ve had a decent return to form for Mel Gibson. One of those actors itâ€™s hard not to love with a back catalogue like â€˜Mad Maxâ€™, â€˜Lethal Weaponâ€™ and â€˜Braveheartâ€™. We know heâ€™s had troubles, and weâ€™re not here to focus on that, but since his small role in 2014s â€˜The Expendables 3â€™, we simply knew we wanted more Mel.
Well, looking super at 60 years old, we have it in this return to the genre he excels in - the action thriller.
Taking a leaf out of the â€˜How To Kick Ass Over 50â€™ handbook with chapters from the likes of Sylvester Stallone, Liam Neeson and Harrison Ford, Gibson is one of the younger ones believe it or not to take a turn at playing the world-weary, ass-kicking fathers/husbands/ex-service men to battle the bad guys protecting what is important to them; their family.
This is a safe ride for Gibson, but a wise one. Nothing fancy, nothing genre-busting, nothing flash. Itâ€™s 88mins of a sun-baked New Mexico with gun-toting criminals, merciless hitmen, deluded rednecks and Mel Gibsonâ€™s beard. All these factors give us a comfortable, well worn narrative but itâ€™s how itâ€™s presented that makes it a winner.
Father protects daughter from the bad guys; a simple but effective story that doesnâ€™t tax the brain. Thankfully we are treated to no-holds barred violence as Gibson looks nothing but comfortable dishing out the pain with a carving knife, a shotgun or a pistol. Along for the ride is trouble teen daughter Erin Moriarty who is a perfect representation of troubled youth today on the wrong side of the tracks. These two click right from the off and are great company throughout. They have brilliant scenes early on that hit home hard, nothing glossed over here, and it shows Gibsonâ€™s talent as an actor. Moriarty grows on you too, getting her hands just as dirty as Dad does in evading the baddies.
With great support from a sadly under-used William H Macy, Michael Parks as a real bastard and Diego Luna just giving the right amount of sneery to avoid being a spoof a Cartel thug, Gibson has lots of range to go up against and they all bring out a side to his character that at times mirror Gibson himself from his troubled past and brushes with the law.
Director Richet knows what heâ€™s doing here, making this as much a story of father-daughter bonding and understanding rather than just constant shoot-outs with the Cartel, who feature in a few moments only but are always there keeping the pressure on. He knows how to handle his actors, how to film a good action sequence, and how to keep characters interesting.
With never a dull moment, this film will probably slip away from cinema screens as fast as it arrived sadly, but it proves to all that Mel Gibson deserves more of this sort of thing now but also deserves to have more of a fuss made because he has so much left to deliver in this new era for him. He looks good, has that roguish charm we all love and can dish out the pain and get stuck into stunts like a trooper.
Bloody good fun to be had. Welcome back, Mel. We missed you. 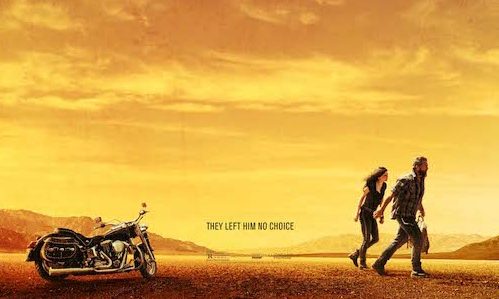