This 2018 British science fiction thriller is directed and written by Andrew Niccol and stars Clive Owen, Amanda Seyfried, Colm Feore, Sonya Walger and Mark Oâ€™Brien.
In the not too distant future, biosyn implants allow humans to be connected to an endless visual stream of information known as the â€˜Mindâ€™s Eyeâ€™. What people see is recorded and stored in a grid called â€˜The Etherâ€™. Privacy and secrecy no longer exist.
Detective Sal Frieland (Owen) is soon brought in to investigate a string of murders where the killer seems to be living within the Ether itself; leaving no visual clues, footprints or streams against their victims - he is seeking a ghost within the system.
Sal comes across an informant known only as Anon (Seyfried) who he suspects is linked to these crimes - but why? Itâ€™s clear the security of peopleâ€™s minds has been compromised, and Sal needs to find the Anon before itâ€™s too late...
An â€œoriginal filmâ€ which at least comes across as original in context, but really itâ€™s just a blend of other big-budget sci-fi thrillers before it like â€˜Minority Reportâ€™ and even â€˜The Matrixâ€™. Yet itâ€™s painful to watch with a un-engaging story, a less than engaging cast and a pace that makes a snail look quick in comparison.
Itâ€™s a world where people â€œseeâ€ streams of information depending what they look at. They can see adverts ping up around shops and sidewalks, they can see information about everyone they pass including age, job, place of residence, criminal records. Itâ€™s not a million miles from what technology can find on people today, except here itâ€™s a constant stream where your privacy and secrets are recorded and stored in a â€œcloudâ€.
Itâ€™s like Apple becomes Skynet.
And yet to compensate a basic formula for a crime-thriller where you donâ€™t know who or what is behind an obvious major conspiracy or rebellion against the system, you need a good cast. We sadly donâ€™t have that either.
While Amanda Seyfried does a mediocre job as our â€˜Anonâ€™ living in the void as a ghost, never really becoming anything other than a 2D hacker with a grudge, itâ€™s left to Clive Owen as the sharp suited detective of this cyber world. A detective who juggles heavy drinking, a failed marriage and a traumatic past to do all he does best - solve crimes. But Owen just lacks any gravitas as Sal, either due to the material heâ€™s working with or the fact he isnâ€™t just that great an actor in a film that requires complex character studies. We get none of that here.
With Owen out to solve a crime as basic as this, it takes so long for the cogs to turn and almost an hour for things to just warm up. Cue lots of sub-par visual effects, over-used P.O.V shots (â€˜Hardcore Henryâ€™ this isnâ€™t!) and lots of talk. Too much of a relatively good thing soon loses the impact it initially set out. Exposition upon exposition makes it complicated to follow and adds so much more to things when it didnâ€™t need to.
Maybe thereâ€™s a reason this is a Netflix â€˜original filmâ€™, because in the mainstream swing of things, itâ€™s not original. Itâ€™s been done before, and itâ€™s been done better. This is just a basic offering with a premise that looks and sounds exciting in trailers, but comes over slow, amateur and boring in execution. 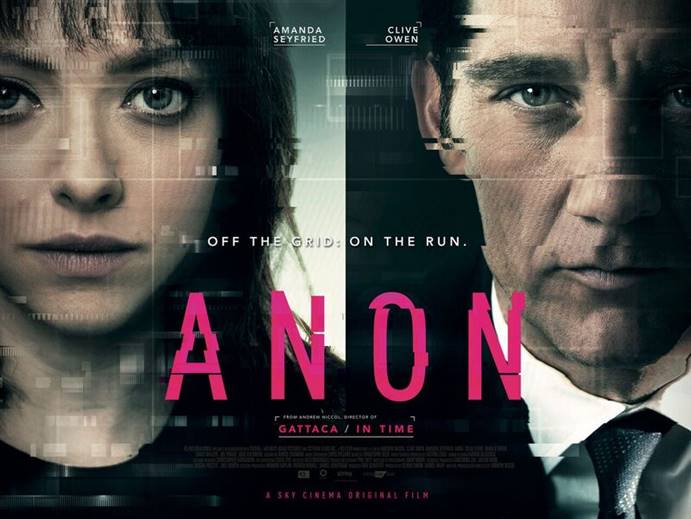