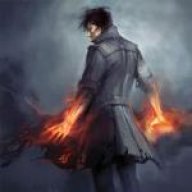 Force ability: force lightning, pryo force, force sheild, (that ability that makes you blind in) and can control the wipes with the force

Side of the force: grey jedi

Likes: getting what he wants

Bio: born in the fire planet mustafar and born from a couple of black smiths the couple didnt want to tech him the way of the force or find him a master but at a young age he went away and teached himself in the way of both the dark side and the light, at the age of 18 he went to work in a steel factory, one day there was a accent and he saved his co workers with his force powers his powers being exposed, he needed to leave the planet, his perents gives him his comost made black saber and green whipe he left the planet and found work as a bounty hunter for both sides of the force
(This is around the death star time)
(Is this ok btw?)﻿ 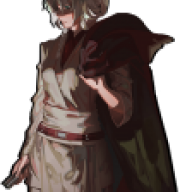 Well, we play around the time 800 ABY, and you have to start at the lowest rank unless you're importing from off site.

Other than that, you don't need a character approved before you can use em. 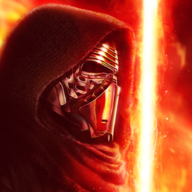 night hughes said:
that ability that makes you blind in
Click to expand...

I assume you mean blend, and that would be Force Cloak.

night hughes said:
can control the wipes with the force
Click to expand...

Not sure what you mean here.


As for your bio, http://starwarsrp.net/topic/229-character-creation-rules-profile-template/?p=2136The link I am providing should give you a general setup that you can use. Copy and paste it into this, and then just fill it out from there.

You scroll up to your post, in the bottom right there is an "Edit" button