Strengths:
Weaknesses:
Description: The earliest iterations of the Massassi-class Corvette fought with the Sith Empire of old against the Republic, and later the Galactic Alliance. In the murky period following the dissolution of the Empire and infighting between Imperial factions, the New Order acquired a large number of Massassis. The ship was a common sight for an extended period of time amongst ex-Imperial pirates before eventually returning to the service of the Sith Empire. Whether the ships in service are refitted ancient vessels returned to the fold, or merely brand new ships molded in the visage of their forebear, is a question yet to be answered.

Massassis are slower ships that are intended to pick away at enemy anti-fighter ships, primarily of corvette and frigate class, to open up pathways for heavy bombers and the like. In great numbers they have the potential to threaten capital ships, but in practice are vulnerable to cruisers and up. The current iteration of the Massassi features a light beam cannon mounted on the front, plasma cannons for secondary armament, and composite beam lasers for use in an anti-fighter role.

Character Bio
[member="Vanessa Vantai"], this is actually slightly underpowered. If you would like, you can increase a rating. 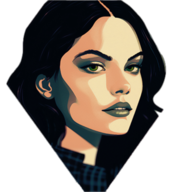