Company Dealings
Contract With Zayne Industries over the lend leasing of certain item for own constitution, and vice versa
Contract with Arceneau Trade Company on the dealings of producing a new Ion weapon for them

An old republic friend that Harley was quite close with, recent events have meant that the two don't see each other anymore. Even so he views him as a trustworthy person whom anyone would be glad to have as a friend.

A tech savvy Chiss that was the former Minister of Science for The Confederacy of Independent Systems, though despite his rather high ranking position is rather casual and easy to talk with. Combine that with his love for machines and you have a person that Harley has not problem getting along well with. Unfortunately the man has passed away after some strange darkside affiliated event. The exact detail are lost to Harley but all that is certain is that the man is no longer in the relm of living.

One of the Confederacy of Independent System Knight of their Obsidian Order, a charming but slight t hot headed women that Harley met during a small diplomatic trip in the past. The two formed a close connection and quickly fell in love with one another, over time their relationship growing, Harley finally asking the question with the two were to become engaged. Though recent work has meant the two have not been able to spend much time together.

A close business partner of Harley and the owner of Zayne Industries which is where HCLI attains a lot of it's sub systems for it's latest products, casual easy to get along with and quite the inventor. His recent retirement though has lead to HCLI buying his company outright and in a sense means the two are no longer business partners, just friends.

​
Chaos Story or Story of Chaos​
Chapter One Fresh Start
The invasion of Nar Hasska by the Republic Rement left the world more of less in a state of turmoil, though out of all of it Harley was able to survive due to his still new and legal business on the planet. Due to his fathers past trade dealings and connections it did not take long for the general populous to vote him in as the new senator of Nar Hasska. The First dealing of business... hold up what the Republic stood for, most of the time and begin with several senatorial debates of the current state of the government and the Jedi.

Senate Vote:The first debate Harley attended, about passing bill for the Jedi to have a select representative in the Senate, "bill passes".
Second Chance for the Criminals: A private meeting with a senator and Republic army officer on the use of criminals into penal battalions to help serve out their sentence.
Making a Future: Seeking to extent his business reach Harley looks out to the Republics closest 'ally' in hope of striking a business deal with their minister of science at the time
Continuing Conversations: Upon finishing talks with the CIS Harley runs into a certain Force user that seems to have more to her then meets the eye.
Sviv-Contracting: Getting back into the business field after finishing up with the CIS, Harley decides to take a visit to an emerging tech company in hope of obtaining certain goods.
Jedi Training on Nadiem : The Jedi do what they always do, train, though this time a horse and cat person shows up, interesting, also Harley is there too.
A Case For Collaboration: Some shifty fascists in Coruscant want to do something, Direct quite from Harley "not sure but it sounded like fun".
The Fractured Planet [Republic Remnant Dominion of Makeb]: Harley 'tests' out some of his companies new products at the skirmishes involved with the subjugation of the imperial loyalist world of Makeb.

Chapter Two To Infinity And Beyond
With a good amount of business dealings out of the way, and some new friends Harley Returned home to a now rather peaceful republic, but this was only the beginning of his corporate empire. In time Harley planned to do so much more going about establishing a new company HSCS and putting it under and umbrella corporation with HLCS, naming the new company Harley and Co. Logistics Incorporated (HCLI).

A Visit to Voss: Seeking to further his skill in the force for certain reasons Harley make way to the nearby planet of Voss, the original home world of the Silver Jedi in the past few years, coming across an interesting blind Grey Jedi.
The Tree of Life (RR and Lightside/Neutral Factions):Harley meets up with the new Moff of the Fel Empire to talk about future buiness interactions (minor talk not much else).
The Southern Systems Business Bazaar Expo: Attending an expo to show of HCLI wares Harley comes across a Twi'lek looking to make an interesting purchase.
Naboo Night Out: Harley finalizes his relationship with a Anya as they go out for a nice date on Naboo, clothes shopping and coffee all around.
Because Reasons: ME attacks RR.... because reasons
Our Last Best Hope For Peace: Mandos sue for peace after being total kark heads, not the most happy with it but 'anything' to avoid war.
New and Old: After the attack on RR worlds by the ME Harley is involved in a small recovery operation of military tech and runs into a very old solider.
Space Yacht Get Away: A planned diplomatic meeting on a yacht, becomes more of a small vacation, who's to complain.
The Broken Path The Queen on Alderan seeks aid from the Republic in helping to support the rebel alliance which is currently righting against the Sith Empire
The Fate of Light and Dark (RR Vs TSE): A visit to the MonCal goes wayward as the Sith empire also show up to try and sway the peoples opinion.

Chapter Three High Ho High Ho, Back To The Core We Go
With recent problems with the ever increasing Sith, personal choice and other reasons the RR returns to the core worlds, setting up their government back on the urban world of Cadira. Though bringing problems with it the return for the republic is hoped to greatly increase their prosperity and power among the stars.

Return of the Republic: The Republic returns to the core worlds, earning some ire from the evil Mandaloiran empire and other war lords looking to take control of the core worlds.
Special Delivery:normal senator roles are put on hold to for fill a special order for a lonesome minister of a ship colony.
Crossing A Line (RR Dominion of Hex W22): Some rouge military dictatorship is not happy with the Republic expanding it's territoriy, and resort to kidnapping VIP's... because that makes sense.
New Places Familiar Faces: A short vacation to Naboo to try out the new mansion and relax, nothing else, swear
Peace under a Pale Moon: A chance for diplomacy and friend ship, hopfully.
A Summit of Governments: Another summit for the senators.
New Republic vs John Doe [New Republic Dom of Brentaal IV:Acting as a judge for a trial after a bombing takes place
...

Chapter Four Business As Usual
The new republic has fallen, with the assault on Kuat and Imperials closing in from north the democratic state is in disarray, most member leaving for new soil but ultimately no longer organised. With no real goal in mind Harly has turned attention back to his company, one that needs immediate attentions due to problems rising on the Hutt world of Narr Hasska and changing economic landscape of the core regains. One war has ended, but now a new on has started.


Balmoora Buinesses: With focus back on businesses Harley looks towards making connections in the core with a new upcoming company head
Upcoming (battle of Nar Hasska) 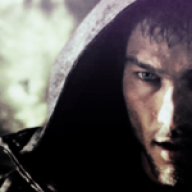 Character Bio
You did a awesome job! I love your character and can't wait to write with you.

Character Bio
Well this is new, but I won’t say now to more threads [member="Adari Etima"]

Character Bio
Figured good work deserves a shout out. :3 I have a discord if you ever wanna chat a bit faster?
You must log in or register to reply here.