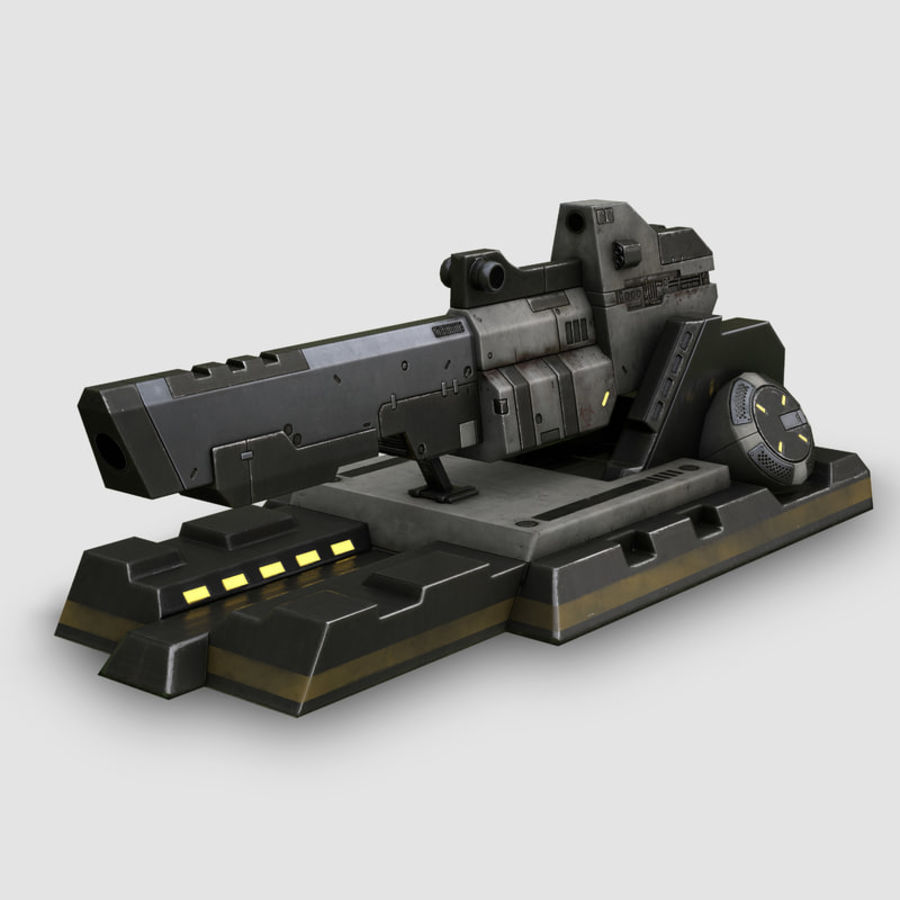 The MG-222 is at its heart a brutish weapon, accelerating specialized explosive penetrating projectiles to hypersonic speeds. Because of its large caliber, brutish nature, it is only effective at short, close range, when its super-heavy slugs retain their full devastating momentum.

Primary Firing Mechanisms
MandalArms has been working on extensive upgrades for the MandalArms Railgun series. This is their first foray into starship level railgun weaponry, following the successful Shadowblade series. This railgun launches a round at much more powerful speeds than equivalent Gauss weapons while being very susceptible to barrel degradation, overheating, and increased recoil. MandalArms has addressed these issues to contain the negative effects by decreasing the base rate of fire in the railgun series.

Recoil
To cut down on recoil, MandalArms has made the inner components with a number of metals in addition to its recoil dampening stocks: Condensed-matter composite which was originally designed to distribute forces evenly across a vehicle to prevent any harmful structure vibrations caused by a starship's powerful engines, and trace amounts of neutronium which was known for its ultra-dispersive characteristics. Despite these upgrades, the Railguns still have a sizeable recoil. This is compensated with large inertial compensators unsuitable for smaller weapons.

Specialized Ammo
The heavy 275mm neutronium penetrator rounds were made to act like frangible rounds in which the rounds would shatter after striking the target. Often the round would penetrate and then shatter, enabling penetration yet allowing the kinetic force of the round to dissipate into the target, causing massive kinetic and internal damage. An explosive disruptor bomb payload ignited upon penetration, designed to core out a target from the inside. The super-dense nose of the round is intended for maximum armor penetration.

Overheating of Railguns and Round
Dallorian alloy which was naturally resistant to heat, was used in the primary components for preventing the firearms from overheating. In addition, the firearm used a small cooling system. However, excessive use still caused the firearms to overheat on occasion if constantly being used in the automatic setting. If the firearm overheated due to the user ignoring the heating display, the firearm would shut down after five more seconds of ignoring the warnings and remain off until the weapon cooled down which could take several seconds.

Barrel Degradation and Rounds
To reduce barrel degradation and damage to the battery,MandalArms has made use of the alloys hadrium, and Denscris, which had a high melting point, as well as Silicar.