I'l show you mine if you show me yours 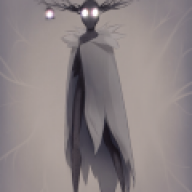 Character Bio
Okay everyone! Basically I want this thread to remain mostly business. Tell me what you have to bring in to the horde and your skills. Anything from ships to weapons to troops and even your powers and expertise.

Also please ask what rank or position you want in the horde and I can start to build a rank structure or things like that. So please I would deeply love it if all of you could help us prepare. All we are doing know is getting ready until we can get major faction status

Well I am already a general, but very strong with TK and Crush, Choke, and Grip, and Cryokinesis.. I could help to train apprentices and maybe help with getting our own NFU forces trained up for active duty.

Uh forgot to mention I have publicly traded ships I could also bring into our naval forces.

I'm a Rogue, trained in both Light and Dark. I am both a fleeter and fighter, being a Admiral for some time and a General. So yea.

Character Bio
im most a freeroamer but i am good with tech and building tech, im a pretty good sniper and a close combat fighter im also force sensitive though ive not looked for a teacher, oh and i can hack things easily do to part of my brain being robotic 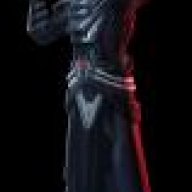 I can be an Admiral and a General if need be. I can help choose our allies and know when to betray them at the right moment I guess.

Character Bio
@[member="stardust"] Very well then star, you can help get our factories back online.

@[member="Tormax Tryte"] Very well then Admiral Tryte, you say you have never lost a space battle, keep it that way

@[member="Isis Fontana"] I will need you on the ground or in the air with your ships. And training is something we will need for younger students

@[member="The Burned Man"] Sure, I mean we have our understandings.

Tormax Tryte said:
I can be an Admiral and a General if need be. I can help choose our allies and know when to betray them at the right moment I guess.
Click to expand...

Not much confidence huh? @[member="Tormax Tryte"]

I'd rather be deployed with actual troops, although I have experience with taking space stations... so either way, I am no admiral or fleeter.

Wot m8?
But yeah, I'll make sure with our extra godly Yuuzhan Vong ships we won't lose..Since we can't. Our shields are voids that prevent lasers / rockets from hitting us. And I think if you DO know how to destroy vong ships, to NOT say it. OOC'ly or IC'ly to prevent metagaming.

Aynea (or rather Lady Ashelotte Saybin, as she is now known pre-Horde, just waiting on the name change) is both a pyromancer and warlord-turned-mercenary runner. She has experience in close quarters combat, hunting, tracking, cooking, and limited experience fleeting, tank commandeering and leading armed forces on a planetary scale. To conceal her huge income from the pre-Republic unioned Mnenchei Dominion, she has decided to represent RRD Industries, and can proxy for the sales between RRDI and the Horde, buying for herself and passing it down to the Horde to eliminate ties to the company and retain Republic contracts. (companies gotta make money after all, not pick sides). She is also capable of exploiting the Republic and Mnenchei Monarchy by infiltrating them and acquiring tech and a few ships. Her connection to Circe Savan, Sith Lady, also makes her connections to valuable Sith intel and skills invaluable.

Just don't ask her to fight, she no longer does that unless it is a spec op with her squad.
---​

Here's a list of tech I can produce, but you'll have to search it. Vita doesn't copy/paste.

Character Bio
@Añya Kottos Dammit I like how you do business! The Vong have plenty of animals that we grow but the stuff you have to offer is rather awesome. I just want to watch the republic burn

I too am a fleeter and helped to lead the LoTF fleets into battle more than enough times, I also have experience infiltrating and taking capitals.. so yea, that is where I stand.. I am more inclined to being called a commander or admiral.
"But ask me the secrets of Sith alchemy, and I would ask you for three measures of blood: one from a person you love, one from a person you hate, and one from yourself." ―Naga Sadow Character Bio
Yes we do. I recommend we start building a government system. Privately, of course.

Character Bio
I'm down for personal guard. I'm great with computers and droids. I learn more than exceptionally quick and I can hold my own in a fight. 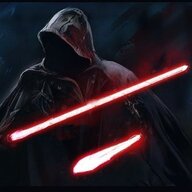 I can bring mythology, mysticism, history, and theology. Both IC and OOC I specialize in interpretation of humanities, and how they are applied, and how they are applied to The Force. Arcturus also serves as a leader in battles and such, because he is sith. However his skills are more set for collecting artifacts, infiltration, translation of alien languages, and adviser in any metaphysical affairs.

I did not say Sociologist, archaeologist, and xenowhatever...

Edit: I will be the Pontifex, or something like that.

If you lick it, it's yours.

Show Me Your Fear

Tame me if you dare [Moridin]

Show Me the Light!

If you are new