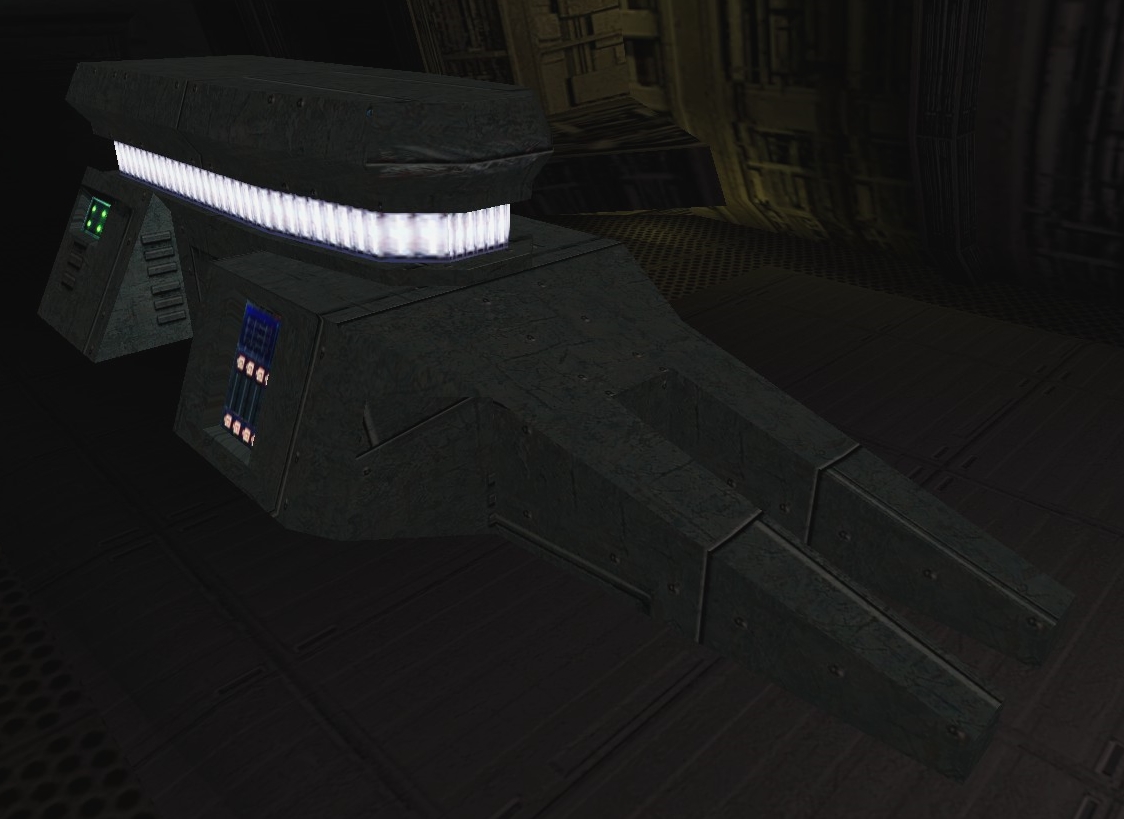 When MandalArms R&D began looking at HIMS technology, they soon discovered a way to utilize the technology in a slightly different capacity, rather than sustaining hyperspace travel time, they were able to sustain most of the lightspeed velocity while outside hyperspace, at barely sublight speed. The resultant product was the Hyperspace Momentum and Inertial Velocity Sustainer, or HMVIS.

Though a ship travelling at such speed is going phenomenally fast, it is exposed to significant risk of damage not just from the stresses on a ship's hull and frame travelling well above the rated maximum speed, but also risk of collission and destruction from running into any object while going at ludicrous speed.

The unit itself is constructed of Durasteel, with heavy agrinium shielding around the power systems, to prevent radiation leaking from the HMIVS unit or the Hyperdrive it's attached to.