Fancy yourself a fighter pilot?

Simply put, i'd like to put out a call for interested parties who wish to write pilots. There's been attempts before to get a partial or full squadron of PC pilots going, and this is yet another one, we'd like to avoid failure this time by being flexible.

The squadron would be made up of Mandalorians or those wishing to fight alongside Mandalorians, for pay, honour, entertainment, sport, or just love of the thrill or love of the kill.

Craft selection would also be flexible, choose your own, from your own stock, Mandalorian stock, or elsewhere. Wherever you are most comfortable. Squadron members would decide among themselves the makeup of the NPC pilots and craft. Same with the logo, name of the squadron, ethos, and traditions, it's an open book and can be written and developed by those interested.

The squadron would fight in battles and missions for the Mandalorian Empire, under its own command, and that of the Mandalorian Supreme Commander, General Kaine Australis*.

PM or post here if interested, or with suggestions. I'd like this squadron concept to be a vehicle for RP and ideally, run by the players who join.

*who may or may not disregard protocol and rank, and occasionally play fighter jock with the squadron, despite objections of staff officers who can stick their objections. 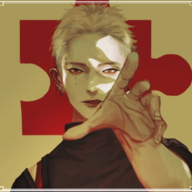 Character Bio
It's been a while since I tried to write mandalorian but I'm always willing to give it a shot.

Ive been wanting to find a reason to RP my little Brother. Good with a guy who will be a slow poster. (1 post a Day) 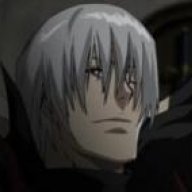 An Echanni in your Mando fighter squad? It may be more likely than you think...

Feel free to hit me up with more details when they come. My main is [member="Domino"] so it might be best to send any messages there so i don't miss them.
You must log in or register to reply here.